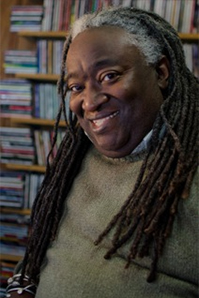 Bobby Jackson, a longtime jazz host, producer and program director, died Dec. 9 at his home in Cleveland. He was 57.

Jackson entered radio as a student at the University of Georgia in Athens, operating the school’s student-run station in the late 1970s. In 1987, Jackson joined Atlanta’s WCLK, where he worked as a host, music director and program director until 1994.

Jackson went to Cleveland’s WCPN-FM/WVIZ-TV (today branded as ideastream) in 1994, where he served as the music director and the host of the program Jazz Tracks for the joint licensee until 2009. He was also an adjunct professor at the Oberlin Conservatory of Music and a founding member of the Atlanta Jazz Society, and he emceed national broadcasts of the Detroit International Jazz Festival in 2010 and 2011.

“From the moment Bobby Jackson came to Cleveland in 1994, he was an influential presence on the northeast Ohio jazz scene,” said David Kanzeg, director of programming for ideastream, in a statement. “He brought a formidable academic appreciation of the genre, practical experience as a musician, as well as a world view that went well beyond purely artistic interests.”

Jackson was a passionate advocate for jazz programming on public radio. “One of the reasons public radio exists in the first place was to give voice to the voiceless over the airwaves,” he wrote in an op-ed for jazz blog The Independent Ear in June 2012. “There is a rich history surrounding what we do that speaks to affirmation of the true melting pot that America is suppose to be. It is a model on display to share; for all to learn from, how we are able to come together under the magic of jazz.”

Jackson is survived by his wife Lisa-Jean Sylvia and son Xavier. A memorial fund has been set up in his name through his website, The Jazz Mind.