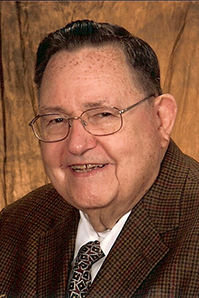 Robert Shepherd, longtime g.m. of the TV station that would become Nashville Public Television, died Nov. 21 at his Nashville home after a short illness. He was 80.

Shepherd began his pubTV career at WEDU-TV in Tampa, Fla., as the producer-director of Homemaking Today, The Modern Way, a local cooking show. He went on to marry Beverly Crowell, the featured on-air talent on the program.

In 1963, Shepherd joined Nashville’s WDCN-TV as program manager and was appointed g.m. of the station in 1965 at the age of 32, making him one of the youngest station managers in the country at the time.

While at WDCN, Shepherd helped create the Nashville Public Television Council in 1971 to assist with fundraising and operations for the station. He was a principal negotiator in a multimillion-dollar 1973 channel-swap with the local ABC affiliate.

Shortly before his 1998 retirement, Shepherd helped transfer control of WDCN from Nashville’s school board to an independent nonprofit that became Nashville Public Television in 2000. Shepherd considered his role in establishing the community nonprofit among his proudest achievements, said Richard Warren, current NPT board chair.

Shepherd also served two terms on PBS’s Board of Directors.

“Bob essentially created public television in middle Tennessee,” said Beth Curley, president and c.e.o. of NPT, in a press release. “He was active on many local and national committees to advance the cause of public media. He was a kind and trusted advisor.”

Shepherd is survived by his wife Beverly; sister Betty Butler; two children, Scott Shepherd and Nancy Shepherd Lesser; and five grandchildren. The family asks that donations be made to NPT or the American Cancer Society.