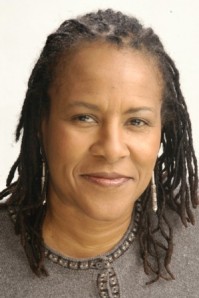 Mathes will succeed longtime KUOW leader Wayne Roth, who announced his retirement in May. She begins the new job Jan. 2, 2014, according to an Oct. 21 announcement from the University of Washington, KUOW’s licensee.

As WAMU g.m. since 2005, Mathes led the NPR News station in Washington, D.C., through a period of growth, expanding its service area into eastern Maryland, expanding its HD Radio offerings and launching a separate FM service devoted to bluegrass music. According to licensee American University, WAMU operated on an annual budget of $9 million when Mathes arrived in 2005; under her management, it’s grown to $22 million.

Mathes came to WAMU from WDET in Detroit, which she managed from 1984-2005. She also served as assistant v.p. of university communications at Wayne State University, WDET’s licensee, from 1989-91.

President Paula Kerger announced Herring’s exit in an Oct. 24 email to station executives, attributing her departure “to a series of unexpected circumstances requiring her immediate attention.”

As senior v.p. of station services, Herring’s main responsibility was ensuring that the interests of member stations were represented in decisions regarding PBS’s management and strategic direction. She oversaw the development and conference services departments, acted as a liaison to the PBS Board’s Station Services Committee and served on the board of the PBS Foundation.

A search for Herring’s replacement is underway, according to the email. Kerger tapped Thomas Crockett, v.p. member affairs, to lead the station services team on an interim basis.

Farhi previously voiced ads for TIAA–CREF and Bioré Skincare and has performed extensively in independent theater productions in New York. She works out of NPR’s Washington, D.C., headquarters in her new job.

“Out of hundreds of voices, Sabrina’s immediately stood out for its warmth and conversational approach,” said Eric Nuzum, NPR’s v.p. of programming, in an announcement of her hiring. “We think listeners and supporters will find her engaging.”

NPR began recruiting a full-time announcer for its sponsorship credits earlier this year. Frank Tavares has voiced the spots for more than 30 years, and for much of that time recorded them from his home studio in Connecticut. NPR sought to bring the job in-house to make the process more efficient, it said.

Ken Rudin, the “Political Junkie” on NPR’s former Talk of the Nation, is re-engaging his audience with a new weekly radio segment.

Since June, when TOTN wound down and Rudin departed from NPR, thousands of listeners emailed the commentator to ask him to return to the Web and to radio.        So far, about a dozen stations have expressed interest in carrying the new radio segment, but programmers asked to hear samples before committing to broadcast it, he said.

His new website, also launched last month, will soon feature the return of his weekly Political Junkie column, daily blog posts and ScuttleButton, his puzzles based on vintage campaign buttons.

Newscaster Jean Cochran, the longest-serving member of NPR’s newscast unit, has accepted a voluntary buyout offer from the network.

Cochran tweeted on Oct. 28 that she will leave at the end of the year. “Anyone need a newscast, I do birthdays, and bar mitzvahs!” she wrote.

Cochran started at NPR in 1981 as an associate producer on Morning Edition, and moved to full-time newscasting in 1989, when NPR first established a newcasting unit.

According to NPR, Cochran “worked on all production aspects” of Morning Edition, “helping to define the sound and format during the crucial early years of the show’s development.”

Previously, Cochran reported or worked as a newscaster at local radio stations including WAMU in Washington, D.C.; WVMT in Burlington, Vt.; WLNH in Laconia, N.H.; and WCFR in Springfield, Vt.

Regarding her departure, Cochran told Current: “I will not miss my alarm going off at 1:50 a.m. I will terribly miss my NPR colleagues — and the news. I love the news.”

The buyouts are part of NPR’s plan to balance its budget before fiscal year 2015. It aims to reduce staff by 10 percent to help reach that goal (Current, Sept. 27).

The Senate confirmed two FCC nominations Oct. 29 to restore the commission to full membership of five political appointees. Tom Wheeler, a telecom lobbyist and former PBS Board member, was confirmed as FCC chair. Wheeler was president of the National Cable Television Association from 1979-84 and, later, the Cellular Telecommunications & Internet Association. He served as a PBS lay director from 1999 to 2006. Wheeler most recently was a managing director at Core Capital, a firm that invests in tech startups. Michael O’Rielly, a staffer for Sen. John Cornyn (R-Texas), also was confirmed to one of two Republican posts on the commission.

Veteran pubcaster James Morgese takes over as g.m. of KUED-TV in Salt Lake City Dec. 1. Morgese has more than 30 years of experience in pubcasting management, programming, production, engineering, development and community outreach. In October 2012 he signed on as g.m. of dual licensee WKYU in Bowling Green, Ky. Previously he worked at Rocky Mountain PBS in Denver, Idaho Public Television and WUFT in Gainesville, Fla. Earlier in his pubcasting career, Morgese served on the boards of the Association of Public Television Stations, the Pacific Mountain Network and the National Educational Television Association.

Vivian Schiller, NPR president from 2009-11, joined Twitter Oct. 24 as head of its newly created News Partnerships division. Schiller steps down as chief digital officer for NBC News to join the social media network. At Twitter, she will cultivate and oversee partnerships with established news outlets, including NPR. During her short tenure at NPR, Schiller played a key role in developing grant-funded projects and services that accelerated public radio’s capacity to deliver news coverage online. But her presidency was marred by her handling of the controversial 2010 firing of commentator Juan Williams and the political firestorm that later engulfed the network.

Joan Rebecchi returns to joint licensee KNME in Albuquerque, N.M., as director of content; she began her pubTV career there in 1986. Rebecchi oversees all local productions, programming, scheduling, website activities, social media and promotion of content across multiple platforms. She has more than 30 years experience as a broadcaster and has worked in marketing, communications, management, website and social media development, production, special events, advertising, content distribution and programming. She previously worked for WQED in
Pittsburgh.