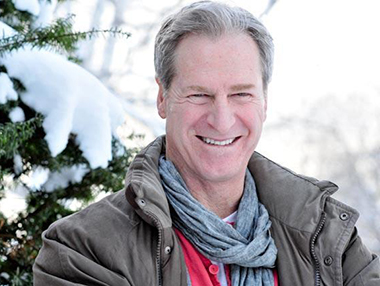 Dann Tucker, a fundraising consultant who trained PBS employees in underwriter outreach and organized donor cruises for PBS and NPR, died Aug. 2 in Portland, Ore., of a stroke during open-heart surgery. He was 60.

“He had a passion for public broadcasting,” Kevin Corcoran, president of RevenueLab and Artful Travelers, told Current about his business partner. “He touched a number of people both inside the system and outside. He was totally beloved. It will be a real struggle to replace him.”

Born in 1952 in Manila, in the Philippines, Tucker spent his childhood in the Philippines, Portland and Spokane, Wash. He moved to St. Paul, Minn., after college, where he began a career in publishing before heading to New York to work in corporate training and consulting.

After working with Corcoran at Xerox Learning Systems, which had partnered with PBS on a handful of sales training projects, Tucker joined him at RevenueLab upon the company’s inception in 1997 as its director of strategic services. In 2003 the marketing consulting company won a contract with PBS and created the CSPI program, which Tucker worked to implement at stations before its success led to him presenting at national PBS development conferences.

Concurrently, Tucker also helped push public broadcasting into the cruise business with Artful Travelers, which Corcoran founded in 2004 as a way to improve station relations with major donors. As director of client relations, Tucker provided PBS stations with marketing materials to sell cruises to their donors and also worked to keep stations in touch with cruise participants for future donations once they were back on land. He also worked on cruises with NPR’s national development team.

Artful Travelers now puts on four to six cruises per year for public broadcasters and earns anywhere from $5,000 to $5 million in revenue for participating stations after factoring in lasting relationships with new donors, according to Corcoran.

“Dann loved life, and it loved him right back,” his sister-in-law Ann Tucker told Current. “He was the most nonexclusive person I know, and I’m not just saying that—everyone was a potential friend, and I’ll spend the rest of my life trying to live the lessons he taught.”

Tucker had no children. He is survived by sisters Ginny and Betsy and twin brother Tom. The family has requested that donations in his name be made to the PBS Foundation, the NPR Foundation, the Nature Conservancy or the Columbia Humane Society.