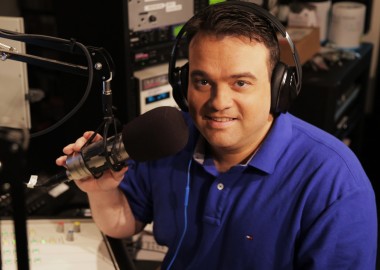 WNET has hired Lesley Norman as director of planning and strategy for American Masters, its arts and culture biography series.

In the new position, Norman will develop media and funding partnerships, and coordinate grant proposals to foundations, government organizations and PBS. She will report directly to Susan Lacy, American Masters creator and executive producer.

Norman brings more than 20 years’ experience in production, editorial, outreach, engagement, and grant and fundraising management to the post. Most recently she was senior producer for the PBS special 180 Days: A Year Inside An American High School. Norman also served as executive director of Filmmakers Collaborative and v.p. and c.e.o. of JumpStart Productions, providing executive in charge oversight of NOW on PBS.

“She brings not only her vast experience and steadfast dedication to documentary filmmaking and public television,” Lacy said, “but the foresight to help American Masters continue to thrive as we move past our milestone 200th episode.”

Pledge legend TJ Lubinsky, whose retro musical revue shows have raised multiple millions of dollars for public television over 20 years, has returned to radio — and he’s hoping his pubTV audience will visit him on the air.

From 2005–09, Lubinsky hosted The Sunday Night Request Show on WJRZ-FM, a classic oldies station out of Manahawkin, N.J. He programmed five live hours of hits weekly from the 1960s, ’70s and ’80s from his home in Pittsburgh, but the station dropped the show when it switched formats.

“They just called me back and said they’re going back to the classic hits, and wanted to know if I’d come back,” Lubinsky told Current. “I said, in a heartbeat, ‘Absolutely!’” His first live show premiered July 7 and runs weekly from 7 p.m. to midnight Sundays.

Lubinsky said there’s a toll-free number for calls. “So anyone who watches or supports the public TV shows can call in free, and I can play their favorite song,” he said. “It’s a way to give something back without asking for money.”

WJRZ-FM is owned by Greater Media Inc., parent company of 23 AM and FM radio stations in the Boston, Charlotte, Detroit, New Jersey and Philadelphia markets, along with weekly newspapers in central New Jersey.

Franz Joachim took over as general manager and c.e.o. of KNME-TV in Albuquerque on July 1.

Joachim has been in broadcasting nearly 40 years.

He began at the station in 1999 as production manager, supervising build-out of automated on-air operations and developing a digital-based workflow for KNME production.

He rose to director of content in 2010 to oversee scheduling, production, promotion and distribution of content across platforms.

Joachim is also a certified scuba diver and has shot underwater video for documentaries in locations including the Sea of Cortez, the Turks and Caicos Islands, and the Virgin Islands.

Joachim and Karen Mann, director of finance, have shared acting interim g.m. duties for the last six months, since Polly Anderson left to take over leadership of WUCF TV in Orlando, Fla.

Carol Siler, development and promotions coordinator for 13 years, took the offer and retired June 28. Siler oversaw all aspects of fundraising at the station, including membership, underwriting and event planning. During her tenure, she told Current, membership dollars increased by 75 percent.

WEKU hopes to fill the position but with “a somewhat-modified job description,” according to John Hingsbergen, associate manager. The job will be redefined to place more emphasis on growing the station’s underwriting sales.

A part-time employee will take on hosting duties for WEKU’s Classic 102.1/WKYL, Hingsbergen said. From July through September, the station will simulcast some music programming from WUOL-FM, the classical station in Louisville.

Tom New, WQLN’s former director of creative services, is now president and c.e.o. He replaces Dwight Miller, who served as president since October 2002. New began working at the Erie, Pa., station in 1998 and executive produced many documentaries for the Pennsylvania Public Television Network. He is a three-time winner of the Pennsylvania Association of Broadcasting’s Award for Excellence. The station also promoted Cindy Spizarny, controller, to v.p. and g.m. She has been with the WQLN since 2001, and stepped up as interim g.m. after Miller departed in March.

The new chief financial officer at KVIE in Sacramento, Calif., is Karen Leland-Dolce. She earlier worked as a senior auditor, controller and finance director for entities including the Institute for Local Government, which promotes good governance in California. She also owned and ran her own print company for 14 years.

Los Angeles broadcaster Emmett Miller will host Genealogy Roadshow, premiering on PBS this fall, with researchers Joshua Taylor and Kenyatta Berry appearing as the show’s on-air experts. This Roadshow will investigate participants’ ancestral claims and, in front of a live audience, reveal information about them, their families and communities. Production began on June 22 in Austin, Texas, the first of four cities to be featured in the series’ first season. Producer Krasnow Productions has developed and produced reality series including The Weakest Link, Average Joe and Dog Eat Dog.

NPR promoted Tracy Wahl to executive producer of Morning Edition in one of two staff changes announced June 26. Wahl had been acting e.p. of the morning newsmagazine for the last six months, overseeing coverage of major stories such as the Boston Marathon bombings. She previously served as ME supervising producer. Lynette Clemetson, director of NPR’s soon-to-be-discontinued StateImpact program, will become Morning Edition’s senior supervising editor in September. Prior to joining NPR, she was a domestic correspondent for the New York Times, where she covered politics and social issues; previously, she was a national and international correspondent for Newsweek magazine. She also was the first managing editor of TheRoot.com.

Investigative news producer Karen Foshay has departed KCET’s SoCal Connected in Los Angeles to join KPCC-FM in Pasadena. “Karen has spent the last 20 years covering many of the biggest stories in Los Angeles, from the Northridge earthquake and the O.J. Simpson trials to the explosion of pot shops and mismanagement at the city’s housing authority,” wrote Kristen Muller, KPCC managing editor for newsgathering, in a staff memo. “She has won nearly every broadcast journalism award, including a George Foster Peabody and two duPont-Columbia Silver Batons.” Foshay started her career on the assignment desk at KCAL, the CBS affiliate in Los Angeles. She also worked at CBS and NBC News, where she produced for NBC Nightly News, CNBC and Today. She begins work July 29, reporting to Paul Glickman, managing editor, investigative and projects.

Colorado Public Radio’s new arts bureau and online arts hub will be headed by Chloe Veltman, a culture reporter with more than 10 years’ experience. Veltman was a weekly Bay Area arts correspondent for the New York Times and chief theater critic for SF Weekly. She is also the creator, host and producer of “VoiceBox,” a weekly syndicated pubradio podcast series about the human voice and vocal music, based at KALW in San Francisco; a trained dramaturge; and vocalist and musician. Veltman will hire and manage the bureau’s two full-time reporters and supervise contributors across distribution platforms. The bureau and hub are backed by a three-year, $900,000 grant from the local Bonfils-Stanton Foundation.

NPR is laying off Senior Research Manager Ben Robins effective July 26. According to Robins, the network told him that it wanted to move his position back to Washington, D.C. Robins has been working long distance from Austin, Texas, since 2002. He joined NPR’s research department in 2000.

Public Radio Capital, a Boulder, Colo., consultancy specializing in public radio signal expansion and preservation, is saying goodbye to one financial analyst and welcoming another. Russ Otten is bound for Shanghai, where he was accepted into the MBA program at Hult International Business School. Otten, who has been with PRC about three years, recently contributed financial analyses for Austin’s new Triple A station, KUTX, and spent 22 months helping plan the expansion of Kansas City’s KCPT. Incoming Louis Caputo most recently worked at EDENS in Washington, D.C., developing financial models for multimillion-dollar real estate development projects, reporting on operational portfolio assets in preparation for investor reviews and underwriting commercial real estate acquisitions. “We send our best wishes to Russ on his international academic pursuits,” said Dennis Hamilton, PRC director of consulting, “and welcome Louis to our team as we venture into new explorations in public media development and collaboration.”

Journalist Ron Seely has joined the Wisconsin Center for Investigative Journalism as a reporter, editor and student mentor.

He recently retired after 34 years at the Wisconsin State Journal. For the past 20 years Seely taught science writing at UW-Madison’s College of Agriculture and Life Sciences.

Seely has won numerous accolades for his investigative work, including three awards for environmental reporting from the Wisconsin Press Association.

The Investigative News Network (INN) and Investigative Reporters and Editors (IRE) are partnering to provide data-analysis services to INN’s membership of more than 80 nonprofit investigative news entities. The two have selected Denise Malan, formerly investigative/data editor at the Corpus Christi Caller-Times, as director of data services, a new position, at the IRE Data Library. Malan will report and analyze data sets for use by INN members. Her position is the latest collaboration between the two organizations: IRE was involved in the creation of INN, and that network sponsors a daylong annual workshop at the IRE Conference.

NPR’s Digital Design Director David Wright has accepted a position at Twitter, where he’ll work on its website. At NPR, he helped design and build cross-platform editorial products including its home page, the web page for NPR Books, NPR Music’s live events platform and NPR Music for iPhone. His work has been recognized with awards including a Peabody.

Andrew Golis, director of digital media/senior editor at Frontline, is leaving to join Atlantic Media, home to Atlantic magazine, as “entrepreneur in residence,” he revealed on his blog. “Joining Atlantic Media is both a thrilling and deliberate step for me,” Golis writes. “As our news media has morphed and remade itself, I’ve become more and more convinced that the important fault line is not between left and right, or fact and opinion, but between those outlets that profit from opening their audiences’ minds and those outlets that profit from closing them.” Golis joined Frontline in March 2011. Previously he was founding editor of the Upshot blog network at Yahoo! News, and deputy publisher of Talking Points Memo, a political website.

Mark Stencel, managing editor for digital news at NPR, is leaving his post in early August to write a book. Stencel described the book to Poynter as a “Capitol Hill thriller” that he “started reporting on several years ago.”