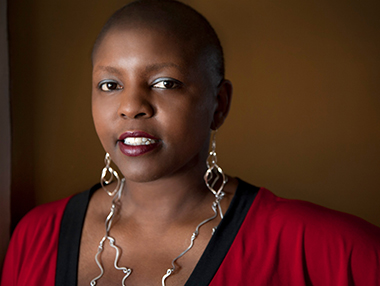 When the American Film Institute overhauled its annual documentary festival in metropolitan Washington, D.C., to adjust for the loss of its longtime lead sponsor, it created a film showcase centered on policy and politics.

Instead of AFI Silverdocs, the one-week festival and filmmakers’ conference that had been held for 10 years in Silver Spring, Md., the institute staged the revamped AFI Docs June 19–23 in multiple Washington-area theatres and presented panel discussions of major policy issues underlying select films. AFI also helped filmmakers connect with White House officials and other powerbrokers through a new Policy Engagement program.

With the shift in focus, public TV was less visible in this year’s resized event. Yet several of the 10 films that had received financial support from public TV grant-makers or broadcast commitments from PBS stood out among the 53 documentaries in the AFI Docs lineup. One even took the top prize.

CPB, which contributed $100,000 as a festival cosponsor in 2012, reduced its support by half. Yet it sponsored and helped program a panel discussion on high school education, a major focus of its grant-making under the American Graduate initiative.

AFI also mounted four gala screenings centered on the intersection of celebrity and politics. Documented explores immigration reform through the lens of prominent journalist and activist Jose Antonio Vargas, who co-directed with Ann Lupo. Caucus, directed by AJ Schnack, digs into the chaos of the 2012 Republican Iowa presidential caucus. Bill Couturié’s Letters to Jackie features movie stars reading letters sent to Jackie Kennedy after her husband’s assassination. And Herblock: The Black and the White, directed by Michael Stevens, profiles a well-known political cartoonist.

None of the PBS-bound AFI Docs received red-carpet treatment, but the variety of subject matter encompassed by these films demonstrated that public TV brings diversity of form to the world of documentaries.

Though few of the pubTV-supported films at AFI Docs were overtly political, a handful critiqued America’s role in the world and examined the destructive effects of American culture on other societies. Dan Krauss’ The Kill Team, partially funded by the Independent Television Service (ITVS), explores the battle-addled mindset of a U.S. Army combat unit that murdered and dismembered Afghan civilians for sport in 2010. Roger Ross Williams’ God Loves Uganda, also an ITVS co-production, demonstrates how American evangelicals have instilled a virulently homophobic mindset into Ugandan society through aggressive missionary work. And Joshua Oppenheimer’s The Act of Killing, expected to air on POV in 2014, profiles Indonesian genocide architects who were heavily influenced by American movies.

Yoruba Richen’s The New Black, a feature that chronicles the division in Maryland’s black community leading up to the state’s 2012 ballot initiative granting same-sex marriage rights, received partial funding from ITVS and the National Black Programming Consortium. It won the audience award for best feature and will air on Independent Lens in February 2014.

“Certainly you never expect to win anything, so it was quite a surprise,” Richen told Current, referring to the festival prize. The filmmaker is no stranger to public TV: Her previous film, Promised Land, aired on POV in 2010. Richen hopes to secure a limited theatrical release for The New Black prior to its PBS airing.

Though the film’s Maryland setting and clear sympathy for those advocating on behalf of same-sex couples endeared it to the AFI Docs crowd, it portrays an uneasy divide within the black churchgoing community, where many of the most outspoken opponents of marriage equality hold influence. Richen profiles representatives on both sides of the divide, stepping into the homes and churches of her subjects. At one point, she follows the film’s protagonist, an outspoken lesbian who works for the Human Rights Campaign, as she journeys to Long Island to seek acceptance from her foster mother.

“I don’t think we’ve gotten yet to the audience where there’s more division around the issue,” Richen said. “I don’t think that’s necessarily the film festival audience. But it’s certainly the audience that I’m excited to screen with.”

CPB leveraged its sponsorship of the festival into a panel spotlighting problems with high school education that contribute to rising dropout rates, an issue that’s been explored extensively through the American Graduate initiative.

Filmmaker Bernardo Ruiz participated in a CPB-sponsored panel about the dropout crisis. His multipart documentary follows Latino teenagers from diverse backgrounds as they prepare to graduate from high school. “We try to tilt towards success stories,” he said. (Photo: PBS)

At the panel, part of a series of Catalyst Sessions at AFI Docs, filmmaker Bernardo Ruiz discussed his bilingual documentary miniseries, The Graduates/Los Graduados, which follows a diverse group of Latino teenagers with unique challenges — one is homeless, one is gay, etc. — as they prepare to graduate from high school.

During the June 20 panel discussion, Ruiz noted that, as a filmmaker, he is more interested in the human side of education rather than in statistical analyses of the dropout crisis or policy proposals that attempt to address it. “We try to tilt toward success stories,” he said. His goal with the film is to explore the obstacles to graduation for modern-day Latino students.

Dennis Van Roekel, president of the National Education Association, and Sarita Brown, president of Latino-focused education policy institute Excelencia in Education, joined Ruiz on the panel. The three debated the merits of using pure dropout statistics as the benchmark for success, noting that other factors such as college preparedness need to be taken into account when discussing high school students.

Another education-focused film screened at the festival was Samantha Buck’s Best Kept Secret, which looks at a special-needs school in Newark, N.J. The film will air on POV in September.

An ITVS-backed film from first-time director Jason Osder provided a riveting account of the 1985 fire-bombing of a house in Philadelphia owned by the radical-leaning MOVE organization. The bombing by the city’s police killed 11 people, including five children, and destroyed 65 homes.

Let the Fire Burn is constructed entirely from archival footage, and relies heavily on televised public hearings that had aired live over WHYY-TV in the aftermath of the fire. It also draws on previous PBS documentaries about the incident.

The film splices the hearings together with live news footage of the event, as well as timid, halting testimony from the only child to survive the fire. By chronicling every development in obsessive detail, Let the Fire Burn demonstrates how a series of heated impulsive decisions turned into a black mark on the city of Philadelphia.

“There’s nothing I’ve shown that’s never been seen before,” said Osder, a media professor at George Washington University, during a Q&A session that followed the June 22 screening, referring to his use of archival footage. During production, Osder interviewed two survivors of the fire, but he ultimately decided an all-archival approach would better suit his ambition to depict “the past in present tense.”

“Most films, when you go to talking heads, you take the tension out — you let the air out of the tires,” he said.

Let the Fire Burn will air on Independent Lens on a date yet to be determined.

When AFI honored Oscar-winning filmmaker Errol Morris during the festival’s June 21 Guggenheim Symposium, the director noted that a CPB grant had allowed him to make his acclaimed third feature, 1988’s The Thin Blue Line.

Morris had been working as a private eye in the 1980s to make ends meet, unable to establish enough clout from his first two films (1978’s Gates of Heaven and 1981’s Vernon, Florida) to raise capital for more. With CPB’s support, The Thin Blue Line helped free an innocent man from death row and solidify Morris’s own filmmaking reputation. Clips from all of Morris’s films, including his 2003 Oscar winner The Fog of War, played at the event.

In a chat with Washington Post film critic Ann Hornaday, Morris reflected on the controversy that had surrounded his use of staged reenactments for The Thin Blue Line, noting that the year’s Best Documentary Oscar voting body had reportedly rejected the film on those grounds.

“Truth is not something that is guaranteed because you adopt a certain kind of style,” Morris said.

He believes audiences in the Internet age are more attuned to distinguishing between truth and fiction than audiences of the past. “I think the deluge of information has made us more aware of the possibility of untruth than ever before,” Morris said.

Morris is currently in production on his first dramatic feature, Freezing People Is Easy, based on a This American Life episode about cryogenics.