The unit devoted to multimedia reporting and opinionating on matters of race, culture and ethnicity had just debuted on NPR’s website and social media under the Code Switch banner April 7. Two days later, Paisley’s cringe-inducing tune, which also featured LL Cool J delivering the lines “If you won’t judge my do-rag / I won’t judge your red flag,” whipped up a frenzy of dumbfounded disgust on Facebook and Twitter. 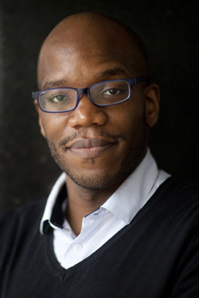 “It’s kind of a softball over the plate,” wrote Code Switch blogger Gene Demby in a blogged conversation with Matt Thompson, manager of the Code Switch team. Indeed, Paisley’s song pushed many listeners into the territory that Code Switch calls home — a zone where people of different races and ethnicities try to understand each other and stumble into sometimes uncomfortable conversations along the way.

Backed by a two-year, $1.5 million grant from CPB, Code Switch marks a significant boost in NPR’s attention to race and ethnicity as a subject, as well as an attempt to foster deeper consideration of racial issues throughout the network’s journalism.

“Race, ethnicity and culture are such a vivid and important part of so many news stories as they unfold, and that’s becoming increasingly so as the U.S. shifts demographically,” Thompson says. “The more reporting that we can have addressing those issues, the better.”

Prior to Code Switch, only one NPR reporter focused mainly on racial issues — Karen Grigsby Bates, now on the Code Switch team — and there were no web pages devoted to the subject on NPR.org. Since Code Switch launched, Demby and others have written upwards of several blog posts a day, covering topics including music, breaking news, TV shows, changing demographics and more.

Each unit member focuses mainly on a particular medium for their contributions, but all pinch-hit across platforms. Demby and Thompson appear on NPR shows to weigh in on racial subjects, while radio reporters such as Bates and Shereen Marisol Meraji write blog posts. Kat Chow, a former production assistant at Boston’s WGBH, handles social media.

“We’ve got this really nice hybrid universe, and these two worlds nicely complement each other,” Thompson says.

The unit also aims to take advantage of blogging and social media to spur thoughtful conversations. An introductory post by Demby asked readers to share their stories of “code-switching,” occasions when they adapted their speech to suit a different social context. The stories, solicited during the blog’s first week, became fodder for additional blog posts and discussions on NPR shows.

As anyone who has spent time reading comment threads knows, fostering civil discussion on the Internet about hot-button issues can pose challenges. To that end, Code Switch’s administrators have taken the liberty to delete “lots of comments” on their blog posts, as Demby explained in a May 4 post. Some commenters have asked why racial issues are worth covering at all, while others have slammed topics of coverage, such as hip-hop.

“To NPR: please find something else to broadcast, or put this kind of thing on in the middle of the night,” wrote one deleted commenter.

“We encourage people to share their experiences about their own cultures, and, in trying to create a safe space for that kind of thing, we’re going to err against allowing people to say denigrating things about other cultures,” Demby wrote.

By gently rocking the boat and taking listeners and web visitors outside of their comfort zones, Code Switch is also following through on an often-stated goal of NPR President Gary Knell, who wants to expand NPR’s reach to media consumers who might enjoy its content but are currently unfamiliar with it.

When Demby announced that he’d been hired to blog for Code Switch, “my aunt didn’t know what NPR was,” he says. “There’s a whole universe of people who don’t listen to Morning Edition or All Things Considered, and they’re in my family.”