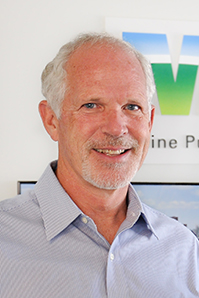 Jim Dowe, the president and c.e.o. of Maine Public Broadcasting Network from 2006 to 2012, died in Portland, Maine, Sunday after a long battle with esophageal cancer. He was 64.

Dowe, who grew up in Turner, Maine, joined the network after working in banking, having joined its board of trustees in 1998. He was the c.e.o. of Bangor Savings Bank from 1995 to 2006. He told the board that he planned to serve as president for five years and ended up serving for six.

Mark Vogelzang, current c.e.o. of MPBN, told Current that Dowe came to public broadcasting not as someone with a background in managing a station but as a fan of the medium. He added that Dowe’s financial background proved instrumental to the network during the economic recession.

“Jim brought a very clear financial and management style that was helpful to MPBN during those rough years of 2007, 2008, 2009 and beyond,” Vogelzang said.

More recently, when Maine Governor Paul LePage attempted to zero out state appropriations to the network in April 2012, Dowe fought to override the veto on state funding and was ultimately successful. “In that case, having an experienced Mainer, someone who grew up here, who knew the state, who knew the system, who knew the legislature, was invaluable in that process,” Vogelzang said.

“Jim was a tremendously thoughtful and kind leader for MPBN,” Craig Denekas, former chair of the network’s board of trustees, told Current. “Jim always kept the mission of the organization central to his way of thinking and his actions. I always greatly respected his ability to do that.”

After he stepped down from public broadcasting, Dowe moved on to other nonprofits. He became interim director of the Good Shepherd Food Bank before becoming a trustee of the Maine branch of the Nature Conservancy, moving to Kenya for a time to volunteer at a wildlife conservancy. Dowe moved back to the U.S. when he was diagnosed with cancer earlier this year.

He is survived by his wife Jo Ann, daughters Caitlin and Erika, and son PJ.