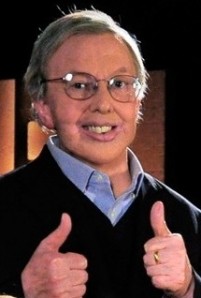 Roger Ebert, the legendary film critic who got his television start on Chicago PBS station WTTW, died April 4 after a long battle with cancer. He was 70.

Ebert began his career as the film critic for the Chicago Sun-Times in 1967, but it was his TV work that made him a household name. Together with Chicago Tribune film critic Gene Siskel, Ebert launched a monthly movie review show on WTTW in 1975, Opening Soon at a Theater Near You. The series expanded to a biweekly schedule and was renamed Sneak Previews in 1977; two years later it went into weekly production. PBS put Sneak Previews into national distribution in 1978.

The show’s PBS run ended in 1982, after a contract dispute prompted Ebert and Siskel to take the program into commercial syndication, first through Tribune Entertainment and then Disney, where it became Siskel & Ebert & the Movies and aired for nearly three decades. Siskel died in 1999.

Ebert continued his career, directing his talents as a critic to new platforms, despite a 2006 battle with jaw cancer that left him unable to speak. He was a prolific writer, blogger and Twitter personality. At the time of his death more than 836,000 Twitter users followed his @ebertchicago account.

“Everyone at WTTW is deeply saddened by the loss of Roger Ebert, whose courageous battle with cancer in recent years was an inspiration to us all,” WTTW President Dan Schmidt said in a statement. “He and the late Gene Siskel were seminal figures in film criticism, and certainly in the history of our station as their groundbreaking series Sneak Previews was created here. We were fortunate to enjoy a long and fruitful working relationship with Roger, and later also his beloved wife Chaz when his new series Ebert Presents at the Movies returned home to WTTW in 2011.  Our sincerest condolences go out to his family, friends, colleagues, and his many fans all over the world.  He was an incredible writer, thinker, and human being.”

With wife Chaz Ebert, in 2011 he made a return to public TV, producing the national weekly review show Ebert Presents At The Movies for distributor American Public Television, with co-hosts Christy Lemiere and Ignatiy Vishnevetsky. Ebert appeared on the show with friends who “spoke” for him. He spoke to Current about the program via email in September 2010, explaining he wanted to return to public TV because it “gives us better time slots in more markets than [commercial] syndication, where weekly half hours are often shoved around or bounced for infomercials.”

The program ran for a year, but Ebert hoped to revive it. As recently as April 2, he wrote on his blog about his plan to relaunch the series with backing from a Kickstarter crowdfunding campaign. In that same blog post, he announced that he was taking a “leave of presence” from full-time film reviewing, writing, “However you came to know me, I’m glad you did and thank you for being the best readers any film critic could ask for.”