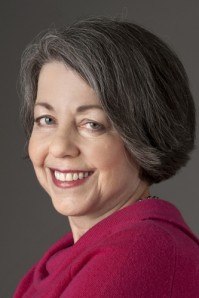 Public broadcasters won 18 Gracie Awards, presented by the Alliance for Women in Media to honor electronic media created for, by or about women.

Among national award winners, NPR’s Ina Jaffe was named outstanding reporter/correspondent. In the local, online, public and student arena, pubradio winners included Studio 360 with Kurt Andersen from New York’s WNYC, named outstanding interview program or feature for “A Golden Age for Women in Hollywood?” In the documentary category,  State of the Re:Union won with “As Black As We Wish to Be,” produced in partnership with Lu Olkowski and co-distributed by Public Radio Exchange and NPR. Honors for outstanding series went to American Public Media’s Marketplace for its special series on education and poverty.

PubTV winners were Amy Ziering of Jane Doe Films as outstanding producer (news/non-fiction); the Nightly Business Report’s“Drew Gilpin Faust Profile” for interview program/feature; Film At Eleven’s “Haiti: Where Did The Money Go?” for investigative program/feature; Half the Sky: Turning Oppression into Opportunity for Women Worldwide by Show of Force for documentary; “Joni Eareckson Tada: Breast Cancer Update” by Religion & Ethics NewsWeekly for soft news feature; Marquette University in Milwaukee for“The Halo Project” as special/variety; and Your Turn to Care by KCET in Burbank, Calif., for outstanding series.

Named after Gracie Allen of Burns and Allen fame, the national Gracies will be awarded May 21 in Beverly Hills, Calif., and the winners in local, online, public and student markets will be honored June 26 in New York.

This article was first published in Current, April 1, 2013. It has been corrected to identify both Public Radio Exchange and NPR as co-distributors of the Gracie-winning series State of the Re:Union and to credit Lu Olkowski for her role in the production.