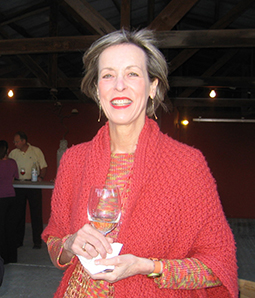 Patricia “Pat” Perini, a public television producer, director, writer and production executive for more than three decades, died Feb. 21 after a long battle with leukemia. She was 68.

Perini began her public TV career in 1969 as promotions director at KERA-TV in Dallas. There she helped launch Newsroom, an influential local public affairs show that served as a precursor to the PBS NewsHour. It was hosted and edited by print journalist Jim Lehrer, who went on to establish a nightly broadcast for PBS with co-anchor Robert MacNeil.

Perini moved to Napa Valley in 1987 after her marriage to Long Vineyards Winery owner Robert Long, her second husband, whom she met while producing a PBS program on wine.

She continued to produce public TV programs, including the two-part American Experience documentary LBJ, which received a duPont-Columbia Silver Baton for journalistic excellence; she worked with filmmaker David Grubin on the film, sharing credit as executive producer.

Perini’s other notable productions include The West of the Imagination, a six-part documentary on the American West, and Facing Evil With Bill Moyers, both produced in the late-1980s. She left KERA to become an independent producer in 1992, and produced a number of specials on health and wellness, including Straight Talk on Menopause.

Perini served on several Napa Valley community boards, and was board chair of Clinic Ole, which provides health-care services to vineyard workers.

She is survived by her husband, daughter and sister. A memorial service is planned for late spring. Her family requests that all donations be made to the Clinic Ole Foundation in Napa, Calif.