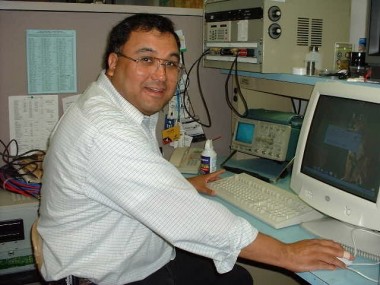 “Felipe was a valued member of the OPB team, even more so in the last few months as he became interim vice president of engineering,” Steve Bass, OPB president, told Current. “Despite his health challenges, he did a wonderful job, and my only regret is that he and I didn’t have the opportunity to work together longer.”

Olvera began his career at ABC station KVEW-TV in Kennewick, Wash., working his way up to assistant chief engineer. In 1992, he moved on to what was then Eastern Oregon State College in La Grande, Ore., to work as an ED-NET teleproductions (distance learning) engineer. He arrived at OPB in 1995, starting out as a maintenance engineer and progressing to director of engineering, network center. He also served as interim v.p. of engineering.

“Felipe described himself as a geeky, over-caffeinated engineer,” his obituary noted. “He could be found reading science fiction and mathematics books or learning something new related to science or math.”

Olvera was a member of the Society of Broadcast Engineers, Institute of Electrical and Electronics Engineers, Society of Motion Picture and Television Engineers and the American Radio Relay League.

He was born Jan. 13, 1958, in Rio Bravo, Tamaulipas, Mexico, the first of nine children born to Felipe and Ernestina Estrada Olvera. He grew up in Prosser, Wash., and graduated from Prosser High School in 1976. He received an associate’s degree in applied science in electronic technology from Columbia Basin College in 1985; and, from Portland State University, a bachelor’s in computer engineering in 2002 and a master’s in electrical and computer engineering in 2006.