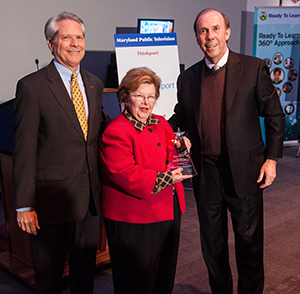 Public television’s strongest case for preserving tax-based support for stations and CPB centers on informing political leaders about the full range of public-service work that stations deliver to local communities, particularly in the field of education, according to the field’s lead advocates in Washington, D.C.

During the Public Media Summit convened in the nation’s capital last month by the Association of Public Television Stations, the biggest talking points were the off-air activities that stations engage in — from workforce training to support for K-12 education and emergency responders — and how that work can change the dialogue over federal and state subsidies for public media.

Although pubcasters can take some comfort in how the 2012 presidential election helped to diffuse the partisan rhetoric over federal aid to the field, APTS President Patrick Butler told station execs during a Feb. 25 speech that their advocacy work is far from over.

Butler recalled his recent meeting with Rep. Jack Kingston (R-Ga.), the new chair of the House Appropriations subcommittee on Labor, Health and Human Services, Education, and Related Agencies, which oversees appropriations for CPB among hundreds of popular domestic programs.

“[Kingston] told me face-to-face last month that the sooner he can cancel our funding, the happier he will be,” Butler told summit attendees.

The next day, another key House Republican caused a stir during a breakfast hosted by APTS at the Library of Congress. Referring to recommendations of a 2007 Government Accountability Office report on public TV financing, Oregon Rep. Greg Walden told public TV execs that competition from cable and satellite TV networks had eroded public TV’s viewership and the distinctive qualities that once defined its service to the public.

“In other words, others are doing what only you used to do, such as nature and travel and cooking and drama,” Walden said.

Public broadcasters could strengthen their case for federal aid if they agreed to direct congressional appropriations to equipment and operations and fund programming and content exclusively with money raised in the private sector, Walden said. He also called on pubcasters to choose sides in the debate over the federal budget, urging that they “support major reforms in government spending programs unrelated to you all, the entitlement programs.”

Walden chairs the House Energy and Commerce Committee’s subcommittee on communications and technology, which oversees CPB authorization and the FCC. He appeared at the summit Feb. 26 to accept an APTS “Champion of Public Broadcasting Award” and used the occasion to deliver what Butler later described as “tough love.”

During his presidential address the previous day, Butler elaborated on the progress that pubcasting’s advocates have made in convincing several Republican governors to restore or increase state funding for pubcasters in Indiana, Florida, Tennessee and South Carolina. In several states, advocacy describing public TV’s work in education convinced conservative policymakers to change their positions.

Butler referred specifically to Indiana Republican Mike Pence, a conservative who was elected as governor last year after serving more than a decade in the U.S. House of Representatives. Butler convinced Gov. Pence to fund Indiana’s public broadcasters for the first time in eight years.

Despite the uphill battle that pubcasters have fought over the past several legislative seasons, Butler described a shift in political attitudes toward public broadcasting toward positions of stability and promise.

“I can report to you today that federal funding for public broadcasting remains in stable condition, and that’s a huge victory in an environment like this one,” Butler said. Reflecting on former Republican presidential candidate Mitt Romney’s campaign threat to end PBS funding despite his love of Big Bird, Butler added, “If 2012 proved nothing else, it proved that opposing federal funding of public broadcasting is not the surest way to political victory in the United States of America.”

To assist public TV’s renewed emphasis on education, Butler pledged to “fully embrace” PBS Learning Media and an expansion of public television’s local educational services over the next four years. APTS will also work with stations to cultivate new revenues through fee-for-service enterprises.

Butler also reported that 80 percent of all public television stations are now members of APTS, the highest level of membership in the advocacy  organization in 10 years.

Station execs also heard from a FCC official about another avenue for reshaping their public service for the digital era. William Lake, chief of the FCC’s Media Bureau, appeared during the summit to encourage public TV leaders to participate in the 2014 spectrum incentive auction. He also addressed managers’ lingering concerns about the auction.

By participating, Lake said, public broadcasters “can prove to Congress and the public that they are capable of rationalizing their operations so that neither government nor private dollars will be wasted on inefficiency.” Public TV’s mission, he added, “demands that we bridge the digital divide.”

The FCC received 250 comments responding to its notice of proposed rule-making on the auction Lake said. The deadline for reply comments is March 12.

Lake assured station execs that they won’t run afoul of FCC anti-collusion rules if they discuss sharing channels with other stations in their markets. The FCC has asked stations to voluntarily agree to channel-sharing arrangements, especially in top markets, and will cover relocation costs for those who do so, Lake said.

The FCC won’t launch companion channels for public TV stations to broadcast on during the spectrum-repacking phase of the transition, but the channels of broadcasters who chose to go off the air will be used as “short-term parking spaces.”

Lake confirmed that cellular providers Verizon and AT&T are among the  likely bidders in the incentive auction. The commission doesn’t plan to distinguish between public and commercial bidders, he said. All interested parties will be treated the same “if they are committed to clearing spectrum.”