Stanley Karnow, whose book Vietnam: A History was the basis of a critically acclaimed 13-hour documentary on PBS, died Jan. 27 at his home in Potomac, Md. He was 87.

“Unlike many books and films on Vietnam in the 1960s and ’70s and the nightly newscasts that focused primarily on America’s role and its consequences at home and abroad,” his obituary in the New York Times noted, “Mr. Karnow addressed all sides of the conflict and traced Vietnam’s culture and history.” 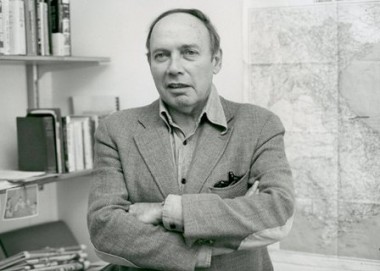 The WGBH-produced series Vietnam: A Television History was six years in the making from conception to its 1983 PBS broadcast premiere; Karnow participated in the production as chief correspondent and historical adviser. Its thorough examination of the costs and consequences of the controversial war set a new standard for treatment of historical subjects on public television.

The duPont/Columbia jurors noted, “These 13 hours of spellbinding, journalistically exemplary television have deservedly been called a landmark in American broadcast journalism and the most important and most compelling documentary series ever made. The power and importance of this series will endure.”

American Experience “owes much” to the series, wrote David Stewart, a former CPB director of international affairs, in a 1998 commentary in Current. Stewart quoted Peter McGhee, a longtime WGBH vice president for national programs: “Television was the means by which a generation was educated about Vietnam. We decided there was a lot [more] American history that fell into that category.” Nearly 10 million viewers watched each episode.

Karnow was born Feb. 4, 1925, in Brooklyn, N.Y. He attended Harvard University, leaving during World War II to serve in the Army Air Forces. With funding from the G.I. Bill, he enrolled at the Sorbonne and at the École des Sciences Politiques in Paris. Karnow’s first media job was in 1950 in the New York Times’ Paris bureau, as a gofer.

He eventually became a Times correspondent, moving to North Africa in 1958 and Hong Kong in 1962. He later worked for the Saturday Evening Post, the Washington Post, NBC News, Time, Life and the New Republic.

His books include Paris in the Fifties (Broadway, 1999); Mao and China: A Legacy of Turmoil (Penguin Books, 1990); and In Our Image: America’s Empire in the Philippines (Random House, 1989).

One thought on “Stanley Karnow, journalist and historian”