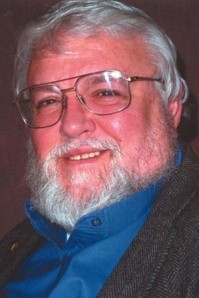 Michael Toms, the co-founder and co-host of the public radio program New Dimensions for four decades, died in his sleep Jan. 24 at the age of 72.

Toms left his advertising career in 1973 to begin a public lecture series titled “Horizons of Consciousness” at San Francisco’s First Unitarian Universalist Church; he was later invited to host live programs on San Francisco’s KQED. The broadcasts evolved into New Dimensions and went national in 1980. Today the series is syndicated by 188 stations throughout the United States, Canada and New Zealand. Renowned for his interviews of intellectuals and thought leaders, Toms earned the nickname “The Socrates of Radio.”

In addition to his on-air role, Toms served on the board of directors of KQED Inc. and was a founding director of KZYX-FM in Mendocino County, Calif.; he also was a co-founder and executive director of Audio Independents, Inc., a national organization supporting independent radio producers.

Along with Justine Toms, his wife and partner in founding and producing New Dimensions, he was inducted into the Broadcasting Hall of Fame in 2011. A complete archive of approximately 3,000 New Dimensions interviews is housed at Stanford University Libraries.

In addition to his wife, Toms is survived by grandchildren Meghan and Jeremy Toms and stepson Robert Welch.

Justine Toms plans to continue managing New Dimensions Media. “I love the work that Michael and I have created together and fully expect to continue it,” she said in a statement. “I feel I’m in a period of grace where only love and appreciation for Michael, for my friends and for my work exists.”