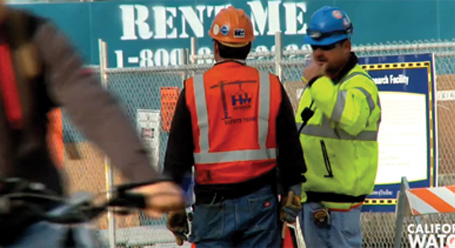 A still from "On Shaky Ground" - California Watch and KQED's award-winning piece of investigative journalism.

A still from “On Shaky Ground” – California Watch and KQED’s award-winning piece of investigative journalism.

The IRE Award in the multiplatform–large category went to ProPublica, NPR and Frontline for “Post Mortem: Death Investigation in America.” Judges praised the project for showing that “death investigations are a patchwork of different systems that bear little resemblance to the work seen on television shows such as CSI.”

NPR’s Ina Jaffe and Quinn O’Toole won the IRE Award in the radio/audio category for “Rising Violence in California Psychiatric Hospitals,” an investigation inspired by last year’s murder of a hospital worker by a patient. “But the reporting went beyond simply showing cases of assault,” said the judges. “It linked the rise in violence to government policies and inaction by psychiatric hospitals, which rarely forwarded cases to the district attorneys for prosecution.”

Established in 1979, the IRE Awards recognize outstanding investigative work and help identify the techniques and resources used to complete each story. This year’s awards were presented at the 2012 IRE Conference in Boston June 14–17.