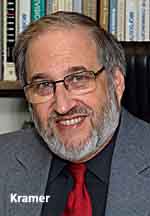 Attempts to mediate the months-long dispute between Southern Oregon University and the Medford-based Jefferson Public Radio network were put on hold last week after Gov. John Kitzhaber requested that the parties renew negotiations after a 90-day cooling-off period.

Members of the board of the JPR Foundation, a sister organization to JPR, voted June 22 to approve the hiatus and the renewed attempt at mediation. The university also agreed to back down from threats of lawsuits against individual members of the board. An adviser to the governor told the Medford Mail Tribune that the governor made that request to the chancellor of the Oregon University System.

“That allows mediation to be resumed without a gun to the head of the foundation,” says Ron Kramer, JPR executive director. The legal threats prevented board members from representing the best interests of JPR and the foundation, he says.

“They can now more resolutely vote their conscience and their interests as foundation directors,” he says. They’ll be continuing without Kramer, however, because in March SOU dismissed him from his role as executive director of JPR, effective June 30. The university cited an audit conducted last year that said Kramer’s dual roles as head of both JPR and its sister foundation posed a conflict of interest (Current, April 9).

“We very much appreciate the Governor’s help in moving the settlement process forward and giving both parties time to reach the best outcome for Jefferson Public Radio, its listeners and our southern Oregon community,” said SOU President Mary Cullinan in a press release….” We offer our thanks to the JPR Foundation for continuing to work with us toward a solution that serves the interests of our communities, first and foremost, while meeting our legal and fiduciary obligations.”

The JPR Foundation board balked at several components of an agreement presented by the university during mediation, according to Kramer. SOU proposed to create a new nonprofit that would operate JPR. Its board would be dominated by appointees chosen by the university and by area community colleges.

“Nobody who looks at that thinks that that kind of structure is likely to result in brilliant public radio,” Kramer says. The university’s proposed agreement also would have jeopardized the broadcast licenses held by the foundation, he says.

JPR, the foundation and the university have been at loggerheads since the release of last year’s audit. In addition to challenging Kramer’s role, the auditors concluded that the JPR Foundation had exposed the university to a high level of risk by taking on debt to acquire several properties in Medford. The audit also found that JPR’s fundraising efforts could conflict with those of the university. In response to its auditor’s recommendations, the university opted to renegotiate its agreement with the JPR Foundation.

Tensions ratcheted up in March, as the JPR Foundation board was preparing to vote on a set of resolutions addressing the situation. One would have specified that if that foundation were to dissolve, its assets would be transferred to a “qualified nonprofit” chosen by the board, according to Kramer. The agreement then in effect would have instead transferred the assets to SOU.

Before voting, JPR and the JPR Foundation received a letter from attorneys representing SOU stating that the university opposed the resolutions and had authorized the law firm to protect its rights. Litigation would likely be expensive and harmful to JPR, and “the University may pursue claims directly against the directors of the Foundation, as well as directly against Ron Kramer.”

With that threat now removed, at least with respect to the foundation’s board members, “everyone’s going to take a deep breath and develop their approaches to the mediation,” says Steve Nelson, chair of the JPR Foundation board.

Meanwhile, Kramer says he’ll “try on retirement for size” and deal with a pending damages claim against SOU.

In an email to colleagues, he said he took satisfaction “in knowing that I helped build something which has inspired the passionate support of JPR which has been so clearly and widely expressed.”