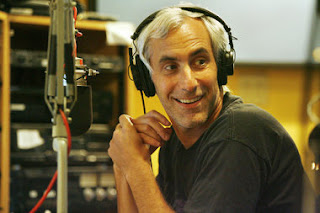 The award, to be presented in June during the Community Radio conference, honors individuals and organizations for single innovations or lifetime contributions to community radio. It’s presented in memory of the late Michael Bader, an attorney who was a fierce advocate for community radio.

“Ken Freedman has been well ahead of the technological curve and need for innovation in public radio long before it was ‘fashionable,’” said Sue Matters of KWSO, Warm Springs, Ore., NFCB board chair. She described Freedman as a “stunning example of the trend set in motion by Michael Bader many ‘radio dials’ ago.”

“Without Ken, WFMU would have been just another asset in Upsala College’s Chapter 11 bankruptcy process,” said Irwin Chusid, veteran WFMU deejay and longtime champion of its freeform approach. Freedman negotiated the deal to buy WFMU’s broadcast license, founded Auricle as the nonprofit license-holder, and raised money to complete the purchase. “That’s how we came to own ourselves and become beholden to our listeners.”

Freedman established an online presence for WFMU in 1992 on Gopher space, a text-and-audio digital platform that was a precursor to the web. That move set WFMU on a path to providing an immersive online listening experience for rock music freaks around the globe via live and archived streams, podcasts and an iPhone app that provides access to a deep catalog of music programming. With start-up funding from the New York Music Fund, WFMU launched the Free Music Archive, an interactive digital platform offering free high-quality music downloads, in 2009.

Freedman has also been an outspoken advocate for student-operated college radio stations, provided assistance to community and college broadcasters during times of crisis, and served on NFCB’s board of directors.

The award will be presented during the 2012 Community Radio Conference, June 13–16, in Houston.

One thought on “NFCB honors WFMU’s Freedman for leadership, innovation”