CPB is evaluating proposals from six regional journalism hubs for another year of operation and will furnish the centers with a shared set of best practices to follow if they receive additional funding.

The guidelines will be designed to address challenges that the seven Local Journalism Centers have encountered during their two years of growth, such as negotiating editorial control and finding paths toward financial sustainability. 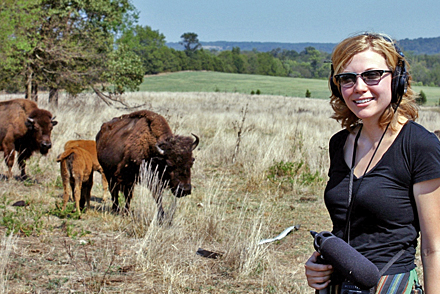 Launched in 2010 with $10.5 million in CPB funding, the LJCs brought public broadcasters together in regional collaborations to report on focused areas of coverage, such as agriculture, border issues and health care. With the hubs entering their third year of operation, CPB hired a consultant to review which LJCs have succeeded, which have struggled and which factors have made the difference.

At a meeting of the CPB Board March 26, interactive-media consultant Rusty Coats reported that four LJCs have established a clear voice and focus throughout their editorial products, while the rest have faced greater challenges. One of the struggling LJCs is dropping out — Changing Gears, a Midwestern center covering economic transition in the Rust Belt. Its partner stations have decided to keep collaborating but without CPB support.

The most successful LJCs have clearly defined their coverage areas and presented a compelling master narrative, Coats said. He cited in particular Fronteras, which covers the U.S. border with Mexico, and Harvest Public Media, with a focus on agriculture, as LJCs that have claimed their subjects and presented them coherently. Less successful in this regard was the Healthy State Collaborative, which covers health issues in Florida and has lacked focus, Coats said.

The Healthy State Collaborative and Changing Gears are among the LJCs that struggled with cross-station collaboration, long-term sustainability and multimedia production, according to Coats. Fronteras and EarthFix, which focuses on environmental issues in the Northwest, have collaborated more successfully, Coats said.

“You have to establish early on the value proposition for all the partners” — what each stakeholder will get from the collaboration, Theriault said. “We saw in some cases that people in a central role didn’t pay attention to that.” Without a solid understanding of what their stations get from participating in the LJC, managers may be more irritated than grateful when reporters in their newsrooms devote time to collaborative reporting instead of a project entirely owned by their station.

Face-to-face communication has also proven to be key to managing the partnerships, said Kathy Merritt, senior manager of program investments for CPB. “Where LJCs have made a bigger commitment to in-person meetings and a flow of information among all partners, they’ve been more successful,” she said.

CPB is evaluating requests from each of the centers for third-year funding, but the grants will be less than CPB provided in earlier grant cycles. Each of the LJCs have moved beyond startup costs, Theriault said.

In his evaluation, Coats recommended that CPB develop a guidebook of best practices for LJCs and require that the centers agree to follow the guidelines as a condition of receiving additional funding.

Rusty Coats, who evaluated the CPB-created Local Journalism Centers, reports to the CPB Board via PowerPoint.

Fronteras, which covers the U.S. border with Mexico, and Harvest Public Media, which focuses on agriculture, were among the stronger LJCs, according to the evaluation, while the Florida-based Healthy State Collaborative has struggled to find a focus.

Meanwhile, the Changing Gears LJC has decided not to seek additional CPB aid. The partners plan to continue operating the center, but on a timeline that better suits their priorities, said Torey Malatia, president of Chicago’s WBEZ. Malatia’s station participated in Changing Gears along with Cleveland’s ideastream and with Michigan Radio, the lead station on the project.

CPB dictated a production timeline that was “fairly aggressive,” Malatia said, and this prevented Changing Gears from achieving the level of in-depth coverage the partners had initially aspired to. “When you add two other partners in a production like this, you slow things down already, just because you’ve added people,” he said. “There’s more time to get to a decision and less time to produce a finished product.”

The partners now want to slow down the production schedule “so that we can better handle the production of it and give more depth to the work that we’ve been doing,” Malatia said.

Like other LJCs, Changing Gears also ran into challenges with identifying additional funding beyond CPB. The Changing Gears partners were all seeking foundation aid for their separate initiatives before their collaboration began and then struggled to identify potential funders for Changing Gears who hadn’t already been tapped, Malatia said.

Merritt and Theriault acknowledged that keeping the LJCs on a quick timeline proved challenging, and that CPB set aggressive goals. Yet some collaborations took longer to ramp up than they had anticipated. “You can’t put these together in a few months,” Theriault says. In some cases, a collaborator’s parent institution had imposed a hiring freeze, and partners had to find workarounds to bring new journalists on board.

CPB is willing to consider aiding the LJCs beyond the current funding cycle, but those decisions are further off. Theriault hopes participating stations will eventually be better positioned to operate and fund the LJCs themselves. If the value proposition is strong enough, he says, stations will do “whatever it takes within their power to keep them going, even if that means dropping something else to fund this,” Theriault said. “That would be the ultimate test.”

Clarification: CPB is considering whether to continue funding the LJCs but has not yet committed to doing so, as an earlier version of this article stated.
ShareTweet EmailPrint More