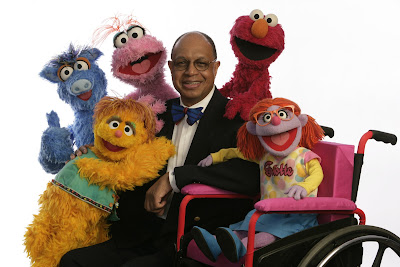 “Mel is a tireless champion of our work here and around the world and he will continue to bring his passion and leadership to his new role,” said Vincent Mai, chairman of the board of trustees for the Workshop. “Over the past 12 years, Mel has been a great partner to Gary Knell and we are fortunate to have him step into the role of c.e.o.” (Image: Sesame Workshop)