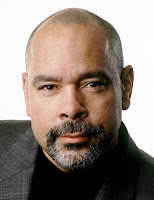 He takes over as Link launches several initiatives, including LinkAsia, a half-hour online news show hosted by Yul Kwon, a former FCC deputy chief and host of the upcoming four-part PBS series America Revealed; and ViewChange.org, an online media hub funded by the Bill & Melinda Gates Foundation, that  “highlights progress in reducing hunger, poverty and disease in developing nations,” as Link describes it, with stories of the people helped by global development organizations such as Save the Children, Oxfam, UNICEF, CONCERN and Bread for the World. The site deploys new technology to analyze the context and meaning of the videos and generate links to the latest related content available.

The channel began 11 years ago after the FCC set aside part of the satellite TV spectrum for public-service purposes, and satellite broadcaster DirecTV gave a channel to Link’s WorldLink service (Current, Dec. 13, 1999). Like one of its cofounders, the Independent Television Service, Link brings viewers an assortment of diverse voices. It partners with independent producers worldwide as well as major broadcasters such as Al Jazeera and France 24. In addition to carriage on DirecTV, Link is now on the other satellite TV service, Dish Network, and some 200 cable affiliates, claiming a total reach of around 57 million households.

As a former senior v.p. of ABC News, Mason oversaw the network’s morning and weekend shows and Nightline, documentaries and investigations, and produced for its magazine shows. He also was a former v.p. of the Overseas Press Club Foundation.

Link’s 40 employees are spread among offices in San Francisco, New York and Washington. It receives most of its support from a variety of organizations including the Doris Duke Charitable Foundation, the MacArthur Foundation and the Annenberg Foundation. (Disclosure: Another funder, the Wyncote Foundation of Philadelphia, is also supporting Current’s transition to American University.) Mason said viewers contribute about $2.5 million of its approximately $8 million annual operating budget.

Former c.e.o. Karen Stevenson assisted in the search for Mason before her departure Sept. 2. “Karen did a fantastic job setting new policies in place, streamlining operations and building the board,” said Wendy Hanamura, Link’s g.m. and v.p. of strategy. “She told us that she felt that she had accomplished what she does best and it was time to step aside for a visionary who could lead us to a new Link, a Link 2.0.”

Here’s a video of Mason discussing his vision for the network. (Image: Link TV)