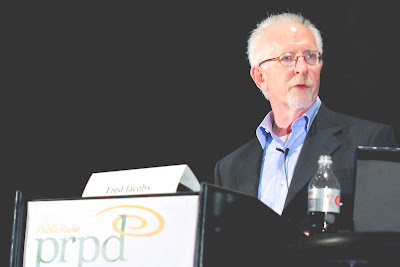 The political turmoil that beset public radio within the past year doesn’t appear to have shaken the esteem that core listeners and contributors hold for NPR or public radio as a whole, according to research results presented Sept. 20 during the Public Radio Program Directors conference in Baltimore.

In an online survey of more than 27,000 pubradio members and listeners conducted this summer, 80 percent of respondents disagreed with a survey statement that public radio has been treated fairly by Congress during this year’s budget debates. More than 70 percent also disagreed with one of the criticisms that political foes lobbed at NPR and its stations — that public radio is for “elites.”

Perhaps the most reassuring finding to those worried about how public radio’s most recognized brand has weathered the political firestorm was this finding: 86 percent of respondents disagreed with the statement “I have lost respect for NPR over the past year.”

“NPR’s reputation looks strong and intact,” said researcher Fred Jacobs (above), whose radio consultancy Jacobs Media teamed up with PRPD to conduct the survey in June. More than half of the survey participants who objected to the statement about losing respect for NPR said they strongly disagreed with it, he said.

There is a big caveat to the survey’s conclusions, however: respondents were among the most devoted listeners and supporters of public radio. Researchers drew from the membership databases of 44 NPR stations to create the survey sample. More than 86 percent of those who participated in the survey were active contributors to their local stations.

“This is a slice of the audience — the 20 percent that is the core,” said Jacobs.

PRPD and Jacobs Media also collected data about program preferences and learned, among other findings, that listeners in many markets believe the talk shows produced by their local stations have improved.