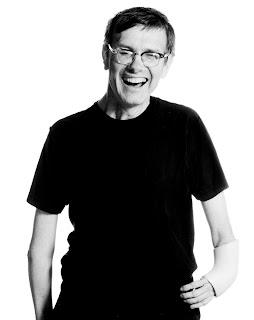 Humorist, author and playwright Kevin Kling has signed on for a three-year residency with Minnesota Public Radio, the network announced Wednesday (Aug. 17), prompting speculation that Kling could be waiting in the wings to step into hosting duties for A Prairie Home Companion following Garrison Keillor’s retirement next spring. MPR says Kling will present original works exclusively on the Fitzgerald Theater stage (gee … that’s home base for APHC … ), conduct storytelling workshops and provide radio commentaries.

He is the author of books The Dog Says How, Holiday Inn and Big Little Brother.

According to his website, Kling was born with a congenital birth defect: His left arm is about three-quarters the size of his right, and his left hand has no wrist or thumb. More than five years ago, Kling was injured in a motorcycle accident. Currently, he has partial use of his left arm and cannot use his right arm.