Eaton also told TV critics that the Masterpiece Trust, established in January with a goal of $1 million, is at “$850,000 and counting.” Even a higher power is chipping in, she noted, calling the 43 percent ratings increase over last year “a gift from God.”

Eaton said the three Masterpiece dramas with the highest ratings this year — Downton Abbey, Sherlock and Upstairs, Downstairs — will get more episodes. And Masterpiece soon will co-produce, with Britain’s Mammoth Screen, a prequel to the popular Inspector Morse series titled Endeavor, which will follow the inspector as a young man. The series star will be announced Wednesday in the United Kingdom. 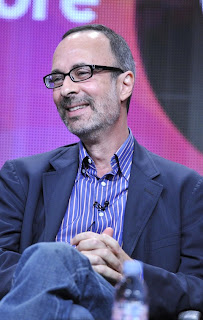 In other news Sunday, it was no surprise that notoriously press-shy director Woody Allen didn’t show up for the American Masters session on its two-part series showcasing his career. The real surprise was that he actually agreed to participate in the project.

Filmmaker Robert Weide (right) estimated it took him three tries and 25 years for Allen to give his consent. Even then, Weide said, it was no slam dunk. “I pitched it as a possible American Masters program and that appealed to him,” he said. “He said, ‘If we can do it for American Masters, OK, but don’t be shopping it around.'”

Allen trusted him, Weide said, because he had interviewed the comedian/actor/writer/director for other documentaries, and the two shared a mutual love of the Marx Brothers, W.C. Fields and Mort Sahl.

The program, Seriously Funny: The Comic Art of Woody Allen, scheduled for Nov. 20 and 21, was put together from about a half dozen sit-down interviews, a week on a set of one of Allen’s movies, a trip to the Cannes Film Festival, a visit to Allen’s home and an impromptu tour of the neighborhood in Brooklyn where Allen grew up.

And in the final PBS session of the summer press tour, Prohibition filmmaker Ken Burns was asked if there were lessons to be learned today from that chapter of history. Specifically, would America be better off if drugs in general, and marijuana in particular, was decriminalized and regulated? 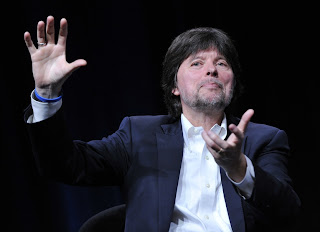 “It’s not quite a direct correlation,” Burns replied. The use of alcohol is far more universal than the use of marijuana, he said. “Alcohol has been around in almost all cultures. Drugs seem to be tribal events.”