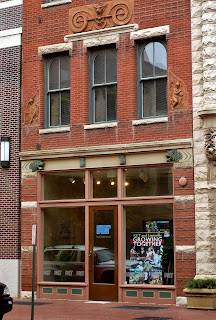 KET in Louisville is consolidating its facilities into one downtown production center, it announced today (Aug. 18). The new space on Main Street will combine its outreach office (right) and production facility, which since 1997 has been in the basement and first floor of a building owned by the county school district. Improvements will include a high-speed fiber-optic line connecting the Louisville facility to KET’s Network Center in Lexington.

The move gives KET the second street-side public television studio in the country, along with the Tisch WNET Studios at Lincoln Center in New York City.

“With Main Street as a backdrop, this studio space will become a part of the community itself,” said Executive Director Shae Hopkins. “However, our larger vision remains creating a state-of-the-art studio, production and media center for Louisville in which we could host and produce community forums, concerts and events, as well as provide media training and instructional resources as part of a digital education campus. This is a terrific interim step.”

The building rehab and move should be complete by January 2012. (Image: KET)