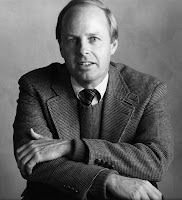 In honor of its 50th anniversary, KERA is premiering the documentary Bob Wilson and the Early Years of KERA, focusing on a defining era in the Dallas station’s history, the impact of one of its early chief executives (right), and its national influence on pubcasting. Interviews include KERA veteran Jim Lehrer (Wilson gave him his first TV news job) as well as Wilson. The doc will run in conjunction with a historic episode of the station’s Newsroom series from Aug. 3, 1971, focusing on the federal court order to desegregate the Dallas Independent School District. Both shows air Sept. 21 with a repeat Sept. 25.