WTF with Marc Maron, a twice-weekly podcast that regularly ranks among iTunes’ most popular, has been adapted for public radio broadcast. The 10-episode series features startlingly honest conversations between Maron and top comedians and entertainers, including Judd Apatow, Conan O’Brien and Louis C.K.

Maron launched the podcast during a dark time in his life — in fall 2009, when he was in the midst of a divorce and had just lost his job at now-defunct Air America. “I was in a very bad place,” Maron said. “My career was relatively washed up. I was broke. My heart was broken. My bank account was broken, and I didn’t have anywhere to turn.”

The turmoil of Maron’s personal life, combined with the candidness that he naturally brings to comedic performance and his need to resolve issues in his career and relationships, shaped the creative arc of the show. It also attracted an audience of devoted fans, who send him gifts and emotionally loaded e-mails about their own personal struggles, Maron told Current. 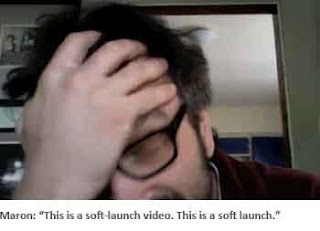 “He has become this huge phenomenon in the last 18 months, and managed to capture the zeitgeist in a way that I never managed to do,” said Jesse Thorn, host and producer of The Sound of Young America, who is producing WTF: The Public Radio Show and distributing it through Public Radio Exchange. “The emotional journeys of these interviews are, to me, totally amazing.”

Ira Glass of This American Life began talking up WTF to pubradio insiders last fall, and he’s helping market the show via PRX. “Marc himself is such a fiercely bare, honest performer, that his interviewees can’t help but give him what he’s putting out with them, and the result is amazingly raw conversation,” Glass wrote in a letter to public radio program directors. “They’re special shows, and they deserve a place on the radio.” Glass also cut a series of WTF tune-in promos.