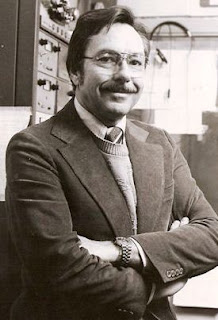 Martin Busch, the “father of South Dakota Public Broadcasting,” died April 15 at his home in Atchison, Kan. He was 89.

Busch started as program director for KUSD-AM in 1954 at the University of South Dakota in Vermillion, gradually working his way to director in 1960. Busch oversaw the establishment of KUSD-TV/Channel 2, which went on the air in 1961, the first educational television in the state “and part of his vision that everyone in the state, especially children in schools, should have access to educational programming,” according to the Sioux City Journal. During his tenure, he also participated in the early development of similar state systems regionally, as well as national NPR and PBS.

Busch was also well-known for his radio show The Bookshop, which ran from 1956 to 2001. He was a member of the South Dakota Hall of Fame. In October 2010 the studios at SDPB were dedicated to his vision and service.

Busch was born on March 29, 1922, to Paul and Marie (Roemer) Busch in Wolsey, S.D. After graduating from Wolsey High School in 1940 he attended Dakota Wesleyan University in Mitchell, S.D. He served as an officer in the U.S. Navy during WWII in the Pacific theater, enlisting in 1943. He was on active duty until 1946, when he returned to the University of South Dakota to earn his Bachelor of Fine Arts degree in 1948 and a master’s in music in 1954.  He remained with the Naval Reserves for 30 years, retiring with the rank of Lt. Commander.

He was a private pilot, and enjoyed riding his Harley-Davidson motorcycle.