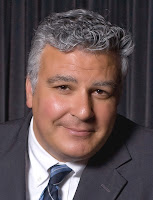 Tom Currá is the new second in command at WVIA in Pittston, Pa., the northeastern Pennsylvania and Central Susquehanna Valley PBS and NPR station. The move will allow WVIA President Bill Kelly to concentrate his efforts in national advocacy and a WVIA endowment, according to a station statement. Currá came to WVIA in 2004 after a career in commercial television and as an independent filmmaker. His previous title was senior vice president and executive producer.