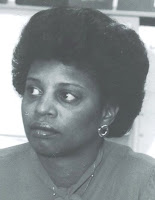 Aloyce Beth DuVal Deare, a pioneering producer of African-American programming and documentaries at WGBH, was killed Feb. 20 in a four-alarm house fire at her home in Newton, Mass. She was 63.

She had also been battling brain cancer, which had spread from throat cancer last year.

Deare won 13 Emmys and a Peabody Award during her tenure at the station in the 1980s. One was for a critically acclaimed “In the Matter of Levi Heart,” a documentary about a Boston Police shooting. Her credits also include “Beacon to Freedom: Black Life in the Bay Colony,” which she finished in 2008 while undergoing treatment for throat cancer, and American Experience’s “Midnight Ramble,” a 1994 film tracing the history of black filmmaking.

“WGBH is saddened by this loss,” WGBH spokesperson Jeanne Hopkins said in a statement. “Beth was a very talented producer and someone who helped connect WGBH with others in the community.”

The Boston Globe said that in 1979, “Deare began producing content at WGBH that no other station was covering” with the show Say Brother.

The program “tackled various issues of the day and was known for its arts and culture programming,” WGBH radio host Callie Crossley told the newspaper. “It was on a spectrum of high-quality production.”

Documentary filmmaker Valerie Whitmore, of Milton, Mass., a former producer for the programs Coming Together and Evening Magazine on WBZ-TV, told the Globe that Deare was at the center of a group of women of color working on new television programs in Boston in 1980s. “It was good-natured competition,” she said. “It was like we were all sisters and comrades together working in the business.”

Deare worked at WGBH for 17 years before becoming an associate professor at Bunker Hill Community College in Bostin, teaching English and oral communication. She was on staff until the time of her death.