Soon after, Newman called his local PBS member station, Connecticut Public Television. He had a positive relationship with CPTV: President Jerry Franklin says the station once received a donation check written on Newman’s personal account for $300,000. 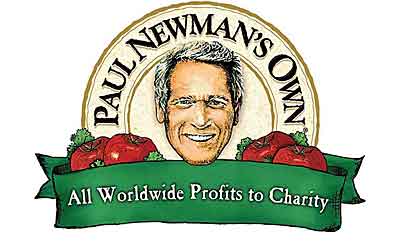 But this time, Newman had a programming idea — and with it, a stunning offer.

“Paul thought the Wall Street Journal sale was the beginning of the end of journalism,” says Franklin, who had an ongoing telephone friendship with Newman. “He said, ‘Franklin, we’ve got to do something about the sorry state of journalism. Why couldn’t we have a Friday-night show to talk about and promote quality journalism? Your industry could take the lead.’”

Although Newman died two years ago, before the Friday-night program got a go-ahead, the idea illustrates his faith in what public media can do. Newman was a big fan of both public TV and radio. He kept in touch with PBS newsman Bill Moyers. “Paul Newman and I were friends, and he wrote me personal notes over the years about different broadcasts of mine,” Moyers told Current. “He especially appreciated the investigative reporting that my colleagues and I were doing.”

Newman’s long interest in public media led to a special holiday gift to the system on Dec. 1. The Newman’s Own Foundation, fed by sales of the actor’s salad dressings and other foods, will distribute $2.2 million in membership challenge grants to nine public TV and radio stations plus the PBS Foundation. Each station will receive around $200,000, and $50,000 goes to the PBS Foundation. “These grants aim to help stations leverage the foundation’s dollars to raise even more funds to deliver excellent programs and information to their audiences,” Newman’s foundation said in a press release.

“Paul felt a cornerstone of our nation was a noisy, diverse independent sector of media,” said Bob Forrester, Newman’s Own Foundation president and longtime friend of Newman. “He had always been drawn to BBC News, MacNeil/Lehrer and then the Lehrer report. He was also a great newspaper reader.”

“As media began to consolidate,” Forrester said, “he became increasingly concerned. This was not a guy to just sit around, but to speak up and do things.”

During their phone chat, Franklin explained to Newman that a high-quality weekly public affairs show was expensive to produce. Securing funding would take at least a year. PBS would have to agree to schedule it; the producers would have to encourage other stations to carry it.

Franklin thought that was the end of Newman’s interest. Time passed.

Newman called back. “He really had a bee in his bonnet about this,” Franklin says. “I realized that he was serious. He said, ‘You tell me what it would cost.’ I told him I’d think about it and get back to him.”

Franklin put together a budget and called Newman. The figure: $5 million a year.

Newman replied: “You said that’s the budget, let’s do it.”

If not Moyers, Brokaw?

About 10 days later, Newman called back: “Franklin, why the hell are you dragging your (expletive) feet? You have funding, why isn’t this getting done?”

Franklin reiterated: He was just beginning to speak with public TV colleagues, PBS; he had to line up a host . . . .

Newman called later that same day. “My first choice for host is Bill Moyers. I’m having dinner with him in two days.” At the time, Moyers was preparing to retire. Newman said NBC ex-anchor Tom Brokaw “said he’d do it if Moyers won’t.”

Franklin called Forrester and told him that Newman wanted the show, and he wanted it now. “Bob started to laugh,” because that was so typical of his friend, Franklin says. “I said, Bob, it’s not funny! Paul Newman is getting pissed at me!”

But about week later, in June 2008, came bad news. Press reports surfaced that Newman was being treated for lung cancer. By Sept. 26, 2008, he was gone.

He had been the driving force behind the weekly program about journalism. What’s happening with that idea? The foundation declined to discuss it. “We are continuing Paul’s commitment to public broadcasting,” says Marni Tomljanovic, foundation spokesperson. Any comment on the proposed CPTV show “would be speculative at best.”

Forrester says, “Paul and I had just begun discussions to do something focused on state of media and journalism in America.”

In September, Forrester asked Franklin to help identify stations to receive the $2.4 million in matching grants. The foundation wanted grants to go to stations that had deep roots in their communities, were very entrepreneurial and needed a way to bolster their financial stability.

The two laid a big U.S. map across a table. “It was a challenge — there were probably 20 or 30 stations like that,” Franklin says. The decisions were made in one meeting.

“We wanted to make sure the stations we were dealing with really needed this kind of challenge money,” Forrester says. “We also wanted to create visibility to encourage more philanthropy.” Other foundations might take note of grantees chosen by the respected Newman’s Own Foundation, and try something similar in their own communities.

Franklin says he also suggested to Forrester that the PBS Foundation be included; Forrester agreed and pledged $50,000.

Forrester and Newman were close friends for nearly 20 years. “Paul was the real deal,” Forrester says. “He really thought of acting and celebrity as his job, it just put food on the table. People would ask him, ‘Why do you do all this philanthropy?’ His answer was, ‘Why doesn’t everybody do it?’”