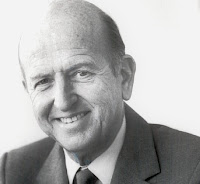 The Public Television Major Market Group honored Bill Kobin, outgoing MMG president, on Wednesday (Oct. 13) at its meeting in Denver, just in time for Kobin’s second attempt to retire. Kobin originally retired in 1996 after a long and influential career in pubcasting, including positions at National Educational Television (forerunner of PBS), the Children’s Television Workshop, and as CEO of KTCA in Minneapolis and KCET in Los Angeles. In 1996, Kobin decided to work for MMG “for awhile,” incoming President Lloyd Wright of WFYI in Indianapolis told Current. “And 14 years later, he has announced his second retirement.”

At the meeting the group also announced its new William Kobin Public Television Leadership Award. “We presented the first award to Bill himself, and plan on giving the award periodically to a worthy recipient who has impacted public television,” Wright said.