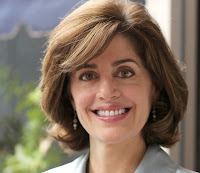 Patricia Torres-Burd is the new executive director of content at HoustonPBS/KUHT, the licensee announced today (Sept. 20). She will develop and coordinate local, national and international content initiatives across multiple platforms. She previously worked as g.m. at Locke Bryan Productions, a film and video company. Between 1995 and 2008 she was with several international broadcasting ventures including Latin America Broadcasting and RTV B92 in Serbia. She also previously worked at the station as unit director and series producer from 1991 to 1995.