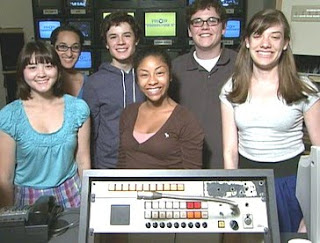 Production U, a new two-week media camp for high-school students, kicks off Aug. 2 off at PBS 39 in Bethehem, Pa., reports Lehigh Valley Live. “In public television, a huge mission of ours is to educate people,” said Amy Burkett, station senior veep of production. “The thing I’m most passionate about is television and I want to share that passion and education with the next generation of television producers.” The students will shadow producers, as well as write, shoot, edit and act in a 15-minute teen-oriented newscast to be shown online. A second session begins Aug. 16. (Image: PBS 39)