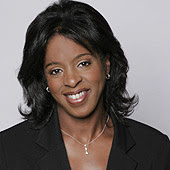 Financial journalist Stacey Tisdale tis joining Need to Know as a contributing reporter on June 25. “It’s an honor to be part of something that PBS entrusts with the responsibility of succeeding Bill Moyers,” she told The Women on the Web site. “I look forward to the longer ‘docustory’ format that will allow us to go in depth and meet the journalistic standards and expectations of the PBS audience.” Tisdale’s career includes reporting for CNN, NBC’s Today, CBS MarketWatch, The Early Show and CBS Evening News. CLARIFICATION: Tisdale is joining the show as a contributing correspondent, not as a staffer as previously reported.