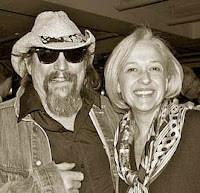 Tiny WCTE, Upper Cumberland Public TV in Cookeville, Tenn., got a shout-out from PBS President Paula Kerger in her opening remarks at the PBS Annual Meeting in Austin. “It isn’t only the smallest station in Cookeville, it’s the only station,” Kerger said. It’s an area rich in music, culture, character — and characters. During a recent visit Kerger met Hippie Jack, who arrived there to start a commune in the 1960s and never left. Now he works with the station, including pledge shows, and 130 PBS affiliates nationwide carry his “Jammin’ at Hippie Jack’s” music festival. It’s a good example of keeping viewers engaged with the arts, one of three of Kerger’s visions for pubcasting: To reimagine children’s media, reinvent journalism and reconnect all Americans with arts and culture. More on those as the confab continues through Thursday. Oh, and Kerger and Hippie Jack have struck up a friendship and now keep in touch via Twitter.