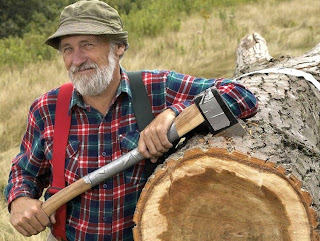 Steve Smith, who plays the title character in The Red Green Show, never expected it to last more than one season. And here it is, Season 15 and still popular on pubcasting stations nationwide, the longest running Canadian program in American TV history. “We did the show just to make ourselves laugh,” he tells the Woodinville Weekly in Washington State. The show’s success “has been a total shock and surprise to us. Even when we stopped doing it five years ago we thought it would just die, but it kept on being renewed.” Although production ended after 300 episodes, his character lives on in a one-man traveling show he calls “The Wit and Wisdom Tour.” He recently sold out in Cedarburg, Wisc., and Boise. “It’s a labor of love, not work. I’m glad to be there.”