When Duquesne University declined to accept bids for WDUQ-FM by its staff and supporters, an alliance of Pittsburgh foundations stepped in to put the sale on hold May 4. 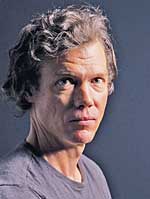 Adding an unusual time-out to the high-stakes playbook of colleges divesting broadcast properties, the foundations acquired a 60-day option to develop plans recasting the station with a stronger focus on news and information.

“The foundations’ goal is to give the community time to put forward the best possible bid” and not to purchase the station, said Grant Oliphant, president of the Pittsburgh Foundation. Local foundation leaders want to explore possibilities for a “much more aggressive news and information focus” for WDUQ, he said. “We are trying to gather intelligence on where public media seems to be going and how Pittsburgh could become an example of the very best of the breed.”

The foundations hired Charlie Humphrey, executive director of Pittsburgh Filmmakers and the Pittsburgh Center for the Arts, to plan a news-focused service and lay the groundwork for a new bid.

Humphrey said he has initiated talks among the city’s public radio leaders and is encouraging them to collaborate and share resources.

Pubcasters don’t know whether religious broadcasters also are bidding for the city’s most-listened-to public radio station, and the university has not revealed what other parties are interested.

The Richard King Mellon Foundation, the Heinz Endowments, and an anonymous foundation contributed toward the option payment, which Oliphant said was in the tens of thousands of dollars. The Hillman Foundation, endowed by longtime WQED lay leader Elsie Hillman and her husband, is a “strong party to the conversation” but didn’t participate financially. Oliphant declined to say how much the foundations paid for the option but said the funds would count as a deposit toward purchase of the station if the foundations support a bid.

This period of negotiation was not what WDUQ’s staff and supporters hoped for when they sought foundation aid for their campaign to buy the station and preserve its dual format of news and jazz (Current, March 22). The nonprofit they established to bid for WDUQ, Pittsburgh Public Media, submitted two bids. Neither won the backing of community philanthropists.

“The good news is our bid was not rejected; the bad news is, it was not accepted,” said Joe Kelley, chairman of the Pittsburgh Public Media advisory board. “It is being kept alive as a live bid.”

“We’re in a very difficult situation—it’s almost impossible to raise money,” Kelly said. The new nonprofit can’t make direct on-air appeals to WDUQ listeners and it can’t use the station’s donor list. “We have enormous support and sympathy, but that doesn’t have a dollar value.”

PPM is the only party to declare its interest in purchasing WDUQ. Its goal is to operate the station as an independent community licensee, but as a brand-new nonprofit it needs philanthropic backing to do that.

WQED-TV/FM, which runs the classical station in town, proposed a partnership with PPM and offered to pick up NPR programming if its bid failed.

The Pittsburgh Post-Gazette reported that PPM is one of four bidders without identifying the others or citing a source. “Duquesne University has claimed there have been other bidders, but we aren’t cognizant of who they are and what amounts they’ve offered,” said Erik Langner, director of acquisitions for Public Radio Capital, the Colorado-based consultancy specializing in public radio signal expansion and financing, who is advising PPM on the transaction. University spokeswoman Bridget Fare did not respond to Current’s interview request.

The stakes are high — not only because public radio could lose ground in Pittsburgh if the frequency went to a religious broadcaster. Duquesne University is standing firm behind an asking price of $10 million, an amount that far exceeds the value of commercial and noncommercial properties in Pittsburgh and could saddle the new licensee with huge debts, according to participants in the talks.

“We do not believe it’s worth anywhere near that,” Langner said. He would not disclose the amounts offered by PPM, but pointed to the 2009 sale of Sheridan Broadcasting’s WMAO-FM in Pittsburgh — a deal that packaged 106.7 FM with two AM stations — for $8.9 million. “Historically, noncommercial stations sell for less than commercial stations,” he said.

Public Radio Capital bases its estimates of a noncommercial station’s value on the number of listeners within its 60 dBu contour, the broadcast coverage area in which a reliable signal can be received using an ordinary radio receiver and antenna. “We think WDUQ is worth $3.50 for every person in the 60 dBu contour,” Langner said. “That’s an accurate measure for a market the size of Pittsburgh.” The population reached via translator signals and pending construction permits adds another $1 per person to the value, he said.

That would add up to a value of roughly $6.2 million, based on population data for WDUQ’s service area.

The foundations’ decision to purchase an option on WDUQ is unprecedented in Langner’s experience. “It’s certainly an effective tool to give the community more time to figure out the best way to preserve the signal.” He doesn’t view the move as hostile to PPM, but an opportunity to structure a deal in a more strategic way.

“Our goal should not to be to preserve a station that’s the strongest in the market, but how to create a public media anchor here that is one of the best in the country,” Oliphant said. The foundations stepped forward with the purchase option after university officials indicated that PPM’s second offer was “not one they found credible and wanted to work with.”

Humphrey, hired by the foundations to help shape a new bid, is “seen as a wizard in figuring out how to solve complex nonprofit organizational equations,” said Oliphant. “We’ve asked him to look at all of the options for us and pull together a plan.” Humphrey also will try to determine a value for the station “that is sustainable from a financial standpoint.”

The former alt-weekly editor describes himself as a “recovering journalist” with a background in public broadcasting. Humphrey was a production intern and producer/administrative assistant at WQED in the late 1970s and early 1980s. He later edited and published In Pittsburgh, an alternative weekly that’s no longer in business but was a “very strong newsweekly” in its heyday, according to Lee Ferraro, g.m. of WYEP, Pittsburgh’s contemporary music pubradio outlet.

“He’s got some journalistic credibility and he’s neutral enough to listen to all the foundations and all of us in radio and say, ‘Okay, let’s cobble this thing together,’” Ferraro said.

Humphrey has initiated talks among Pittsburgh’s public radio leaders. He’s not pushing for a merger but for collaborations that would allow them to share resources and content, especially on web-based platforms, he told Current. He’s also bringing leaders from other news organizations into the conversation, such as David Shribman, executive editor of the Post-Gazette.

Humphrey and Oliphant both view PPM’s proposal to preserve WDUQ’s existing service as short-sighted. “They’ve been telling us all along that ‘it ain’t broke and we don’t think it needs to be fixed,’” Humphrey said. “But it’s fair to say the majority of foundations who have decided to take the 60-day option feel that that position is missing out on what could be a huge opportunity to really strengthen the station and all the public stations in the market.”

“The only way an organization can remain vibrant over time is to be open to change and what’s going on in the world around them,” Oliphant said. WDUQ’s news and jazz service out-performs Pittsburgh’s other pubradio outlets, “but that should not be our standard.”

“Our standard should be what’s the best in the country and how do we beat that?” Oliphant said. “We hear that all three of our stations could probably be even stronger than they are now.”

“What I like about the foundations is they are not thinking about this as radio only,” but also the potential for service on new media platforms, Ferraro said. “Their vision is a little broader than some of us inside the industry. They’re not just talking about an all-news radio station, but making valuable journalistic content available on a variety of platforms.”

Ferraro, who was also approached by Duquesne University’s broker about potentially buying WDUQ, has been telling “anyone who’s willing to listen that it’s really essential to keep WDUQ as a public radio entity. . . . The station is as important to the region as the Pittsburgh Steelers are.”

“It would be awful if a year from now we’re sitting around table asking, ‘What did we lose?’” Ferraro said. “I’m grateful the foundations decided it was important enough to create some breathing room for a conversation to happen. Their intent is to save the station as long as it’s feasible.”

Oliphant believes that, by taking the purchase option, the university acknowledged the importance of “selling the license to the community if they possibly can. I think they are willing to work with us and others in the community.”