In this Q&A, content creators talk with Current about why they decided to pursue a project and how they produced it.

What: Unnatural Causes: Is Inequality Making Us Sick?, a four-hour PBS series that the network scheduled for four Thursday nights on public TV starting March 27. 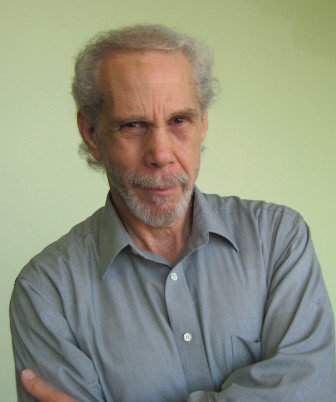 Who paid: Major funders include the Ford Foundation, CPB (through the National Minority Consortia), the MacArthur Foundation and the W.K. Kellogg Foundation.

In Unnatural Causes, you ask “is inequality making us sick?” Is it?

What the film does is take a look at our conventional belief that our health [is] tied to the big three: health care, our behaviors and, increasingly, our genes. The evidence is that while all those things are important, they really miss a big part of what makes us healthy or not—the larger inequities in the social, economic and physical environment in which we are born and work and play. The social conditions in which we live can get under our skin as surely as germs and viruses [and] put us at risk for all the chronic diseases that are taking such a toll on our lives: heart disease, cardiovascular disease, kidney disease, asthma, diabetes.

Your last big series for PBS was Race—The Power of an Illusion. Why are you interested in subjects of race and inequality?

When we did Race, it was shown in a surprisingly large number of medical contexts — general rounds, medical schools, community clinics — and it became really clear to us that issues of class status and racism . . . had life and blood consequences in the health world.

As people began to talk with us about this, and asked us to investigate making a show on health inequities, what we found shocking — and I don’t use that word blithely—is there were hundreds, maybe thousands, of academic studies on all the various pathways in which inequalities — in our neighborhoods, the jobs we do, our wealth, schools—can in fact get under the skin. Yet there’s hardly anything for the general public and policymakers on this issue.

What kind of hole does this series fill in the public television landscape?

The public television landscape has looked at diseases—a lot of good work on heart disease, cancer and diabetes. What the research seems to point to is that underlying social conditions . . . [cause] wear and tear on the body—our immune system isn’t as effective. What this series does is unify, or provide a bridge between many of these shows that focus on single diseases.

You turn on the six o’clock news and everyday there’s a tip about how to live a healthier life. What they assume is that living a healthier life is entirely in the realm of one’s own [control].

The fact that there’s a toxic dump down the street doesn’t have anything to do with your behavior. If you go to work and you have a high-demand, low-control job, where you’re told what to do and if you mess up you face some sort of sanction, if not firing—like a bus driver—you have no control over that. It’s no surprise that 40 percent of bus drivers in San Francisco suffer from hypertension. Living in a neighborhood where you have to take two buses to find your five to seven fruits or vegetables a day—because there are no supermarkets—that’s not a question of individual choice.

What surprised you most about what you found?

The fact that the infant mortality rate gap between African-Americans and white Americans is greater today than is was in 1950. I found that stunning. The fact that African-American college graduates and professional women have a greater risk of delivering pre-term and a low birth weight baby than a white woman who hasn’t finished high school.

There’s been an emphasis in this country on looking at biological or genetic differences. But increasingly what we’re seeing [is that while] genes are important for individual health outcomes, they really don’t seem to make much difference in the grand scheme of things.

One of the items . . . we wanted to put into the Race series but weren’t able to is that African-Americans have the highest hypertension rates in the country, and among the highest rates in the world. What was interesting was the response of the scientific establishment. Instinctively they said, “it must be genetic — it must be something about their blackness.” Then [they] discovered that West Africans . . . have among the lowest hypertension rates in the world. Folks began to hypothesize the existence of a so-called “salt retention” gene that must have been conserved during the Middle Passage: if slaves had this gene, they were more likely to survive the Middle Passage and now that they were in an area of lots of salt, it backfired. Sounds like a great story, but there’s absolutely no evidence for it. Yet this has become so widespread it was even on Oprah.

An investigation into the life circumstances — the experience of race, or more precisely racism — might show that there are greater pressures and other risk factors for African-Americans in this country. That’s where the research is done now, and it’s coming up with very real results about the stresses of racism.

Did you crunch any new data?

The data was out there. What we tried to do was . . . put it in a form we hope is popular and compelling. We’re working with a number of public health and other organizations—this wasn’t just some filmmaker sitting up in a tree one day smoking some dope and saying, “What should our next project be?”

When did you first start working on the series?

That’s embarrassing, it’s so long ago. I think we had our initial production meeting in January of 2006. We brought in experts to do a two-day school and orientation for our team.

Your producers visit a variety of communities, including the O’odham Indian reservation, Mexican immigrant neighborhoods and an economically depressed part of western Michigan. Were people willing to talk?

Oh, yes — for many people we found the response was “about time!” Folks who live in these situations or work in them, they . . . realize that health is a lot more than medical care. If you’re a working mother, and you’re dependent on catching a bus to get your kid to child care and then another bus to get to work — and you’re fired if you’re tardy three times—you understand the impact of public transit, inadequate child care, job insecurity and chronic stress on health. The cooperation was just terrific. People were very excited that this story at last would be told.

How did you put your footage together?

The challenge here was to try to take these concepts and tell them through stories. For all of us, this was the hardest series we’ve ever worked on in our life. We wanted to do good storytelling but we didn’t want to oversimplify. Finding that balance was really, really hard—how do you tell these stories using individuals that need to stand for populations? We spent forever in the editing room.

Who were your major sources and experts? How did you find them?

I can’t tell you how generous scholars and organizations have been. We would never have able to do this without the help of people like David Williams and Nancy Krieger [professors of public health at Harvard], and Nancy Adler, [chair of the MacArthur Network on Socioeconomic Status and Health]. It was clear they were writing the cutting-edge stuff—they were being referenced. Some we had spoken to when we were doing the Race series.

Was it hard to raise money? How did you do it?

It was really hard. We were fortunate that the minority consortia wanted to do a joint project. It turns out, fortuitously, they were also thinking about health. We had already developed a treatment. That was a marriage that was made early on and was a great help. The Ford Foundation was also very helpful.

Why do you think they funded you?

No. 1, there was the issue. No. 2, because we already had a dissemination and outreach network.

From the beginning, we were already thinking of the difference between watching a film and using a film, and how this film could be used on three levels — to educate, to organize and to advocate.

California Newsreel is still hundreds of thousands of dollars in debt. We’ve gone way out on a limb — we’ve made the show without having raised all the money. Part of it’s our own fault, because it was such a hard film to make, and we went over budget.

When did you know you had enough money to go ahead? And what did it cost to do this film?

The series is about $2 million. We had fairly strong verbal commitments from several foundations, and as soon as we got that and realized that we could get maybe 70 percent of what we needed, we figured we could get going.