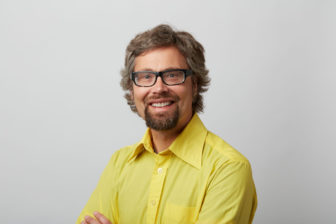 If you go to publicmediajobs.org – Current’s job board – one of the featured listings is KALW seeks a new General Manager.

I made that post. It’s for my job, which I have chosen to leave after 11 years.

I’m not retiring. I don’t have something I’m going to, and I was not pushed out. As one of our long-time volunteers told me: “You fired yourself.”

Which raises the question: If this is such a great job, why don’t you want to do it?

A Big Job
I will start with this: Being General Manager of KALW is a big job. It’s challenging. It takes guts. You have to listen a lot and be willing to laugh, even when you want to scream. And for more than a decade, I’ve had a great time doing it.

When I was hired in 2006, KALW was looking for a station manager. Now, it has grown to the point where it needs an executive director. That has never been my personal aspiration, and over the last couple years, I’ve come to feel it’s not where my strengths lie. But I do believe there is huge potential and important work to be done at KALW, and I am confident there is someone who can embrace the work and help the station take its next step forward in a way I simply can’t.

You may be that person. You may know that person. And so I want you to know more about KALW, what we’ve accomplished, and the work that lies ahead.

A Creative Culture
Around public radio, KALW is known for its creative culture, for taking risks to launch pathbreaking podcasts like 99% Invisible, Radio Ambulante, Inflection Point, and The Stoop. In the Bay Area, we’re also known as an important platform for diverse local artists and musicians, and for our flagship programs, the progressive talk show Your Call and our award-winning local newsmagazine Crosscurrents.

What’s less common knowledge is that we are licensed to the San Francisco Unified School District and broadcast from a high school campus — Burton High, located at the southern edge of the city. SFUSD has been KALW’s licensee since the beginning, when a group of teachers & students put it on the air in 1941 as the first FM station in the West.

The relationship between KALW and SFUSD is positive, and has room to develop. The school board is our board, and although KALW raises its own budget, SFUSD provides valuable in-kind support (e.g. free rent in San Francisco). The Board and top staff like the station and understand the importance of an editorial firewall, both to journalistic integrity and sustaining listener support.

Understandably, the school board is limited in the attention it can give KALW. So job #1 for the next leader of KALW will be to launch a 501(c)(3) “Friends” group that can fundraise and advocate for the station in the community. The station’s future hinges on this kind of organized community support, and not having made it happen is my greatest regret. However, the next person stepping into this role will not be starting from scratch: Our licensee and station staff fully support the effort, and we have pro bono legal support and strong potential board members ready to go.

The other critical piece of work is to strengthen KALW as an organization. In classic nonprofit fashion, we have grown programming at a greater rate than we have our administrative and development infrastructure. And although there has been important staff-driven organizational development work done by our on-air, news and development teams, we need improved processes, better communication, and clearer expectations across the station. KALW’s next leader needs to embrace that work, and make sure we invest more in fundraising, finance and engineering for long-term sustainability.

In spite of these shortcomings, KALW has continued to grow its revenues and maintain a significant cash reserve thanks to an incredibly loyal membership of just over 11,000 people (our direct-mail response and fulfillment rates are simply unheard of, and growth in funding from foundations and state grants. In FY17, the station’s budget was just over $2.6 million, with 72% of our revenues coming from listeners, 17% from institutional funders, and 9% from the CPB. We sell very little underwriting, which – depending on how you look at it – is either an untapped revenue stream, or part of our distinctive sound and approach.

A Competitive Media Market
This is one of the most competitive media markets in the country. It’s also the ideal place to make non-commercial media. People here support public media and understand why it’s important. There is an endless supply of creative people and community partners to work with. And although we share the airwaves with the country’s largest public broadcaster KQED and the original Pacifica station KPFA, KALW has proved that there is demand for a third force in Bay Area public radio.
At this point, KALW has only begun to tap that potential demand. We have done negligible marketing beyond our airwaves and community partnerships, and there is major opportunity to raise the station’s public profile and build audience. The station’s identity is reflected in the mission that emerged from our strategic planning process: “To create joyful, informative media that engages people across the divides in our community – economic, social, and cultural.” There is work to be done to translate that into language we can use on the air (our current tagline, Local Public Radio, doesn’t fully capture it), but the ethos of the station – positive and creative, diverse and friendly – comes across, and our reputation for being open to new ideas and incubating innovative projects is a great asset.

You may notice I keep saying “we” and “our” in reference to this station I’m leaving behind. That’s because I am still very much here, and am committed to providing whoever takes on this job as much information and support as I can. I encourage you to check out the posting, forward it to great people, and apply if it sounds like this is the opportunity for you.