By Krystina Martinez and Julia Haslanger

It’s every politics editor’s mission: figure out how to make election coverage more accessible and interesting to people you’re trying to serve, with the staff you currently employ.

It can be hard for journalists who are deep in the weeds covering government and elections to know what kinds of information and stories people want and need as they look to become informed voters. While some people get excited by the horse-race approach to covering politics, the average voter wants (and needs) to know more than just who’s up in the polls today. But since journalists spend most of their days around other journalists, it’s hard to get a good read on “the average voter.”

That’s where audience engagement techniques (and consulting from Hearken) can be a big help.

When newsrooms invite their audiences to help shape how they cover politics and government, we’ve seen great things happen. The stories are more interesting, engaging, and popular. The journalists find themselves writing about topics they never would’ve thought to cover. Voter guides break out of the same template that’s been in use for 20 years. Events run more smoothly. Audience members tell journalists how much they appreciate their work, rather than calling them names. You can even build community in a polarizing political environment.

Here are four different techniques used by newsrooms across the U.S. to improve how they cover elections and serve their audiences.

This fall, WNYC (and Gothamist) invited their listeners to ask questions about how to be more civically involved in their city in their series, Ask A Reporter. The idea was to help audiences become more involved in the political process beyond the midterms and the presidential election.

“Our hypothesis was that there were lots of folks who wanted to act, perhaps in more local ways, but really lacked a map or a starting point that made sense for them,” Rhyne Piggot, WNYC’s editor for data and interactive news, said.

Among the most common questions? How to find out when public meetings take place. A question that might have seemed so obvious to a political reporter proved to be a major barrier of entry for the average listener. 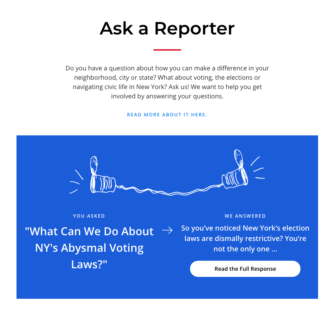 The series has also tackled questions on how to help hospitalized patients vote, how to find volunteer opportunities that match a particular skill set and how the layers of New York government work.

Earlier this year, we also saw newsrooms engage audiences around important local races, including in Tennessee:

In March and April, Nashville Public Radio set out to do municipal coverage of a transit referendum “in a way that was interesting to people.” The city was asking residents to vote on a huge overhaul of the city public transit system.

A few weeks before the voting period started, the newsroom decided to use Hearken to see if there were any important questions about the referendum that they weren’t already addressing in their extensive coverage. The newsroom was initially worried there weren’t many undecided voters left.

“That ended up being wrong,” said Tony Gonzalez, a reporter at the station. “We realized there were way more undecided voters, and that the loudest voices weren’t always the majority.”

Nashville Public Radio received nearly 100 questions, and answered most of the listener questions online through three Q&A stories and in emails directly to the question-askers.

If you’ve ever written a voter guide before, you’ve probably included some mix of the following: candidate bios and their stances on particular issues, explanations of other items on the ballot, and where, when, and how to vote. But believe it or not, you don’t need to use the exact same template every election. Here are three newsrooms that took very different approaches to creating their voter guides: 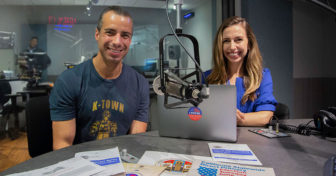 Southern California Public Radio (and now LAist) started doing a “Human Voter Guide” series in 2016, which they jokingly call “the voter’s version of the Butterball Turkey Hotline.” It was such a hit, KPCC brought back a new and improved version this year. Political correspondent Mary Plummer tackles questions from now through Election Day about how to vote. The FAQs are all nicely organized by topic, from general info to vote-by-mail ballots to registration. The page ends with a nice bio of Mary, giving more background on the helpful human behind the voter guide.

Because of the trust that Mary (and by extension the newsroom) built up through these efforts, the journalists received several tips on a local election day in June that people were having trouble voting because their names weren’t on the rolls, and the newsroom was able to be among the first to confirm and report that 100,000 names had been left off Los Angeles County voter rosters, hours before the county officially acknowledged the error.

WhereBy.Us’ The New Tropic, a hyperlocal news outlet in Miami, wanted to make voting “easier than building IKEA furniture.” They used reader questions to shape the kinds of questions they asked candidates in their voter guide, and also answered commonly-asked questions about voting in Florida, making the experience much easier than anything involving an Allen wrench.

One reader, whose parents were undocumented until a few years ago and generally shied away from voting even after becoming citizens because they didn’t understand the process, wrote to The New Tropic: “You are ensuring that my family votes because they actually feel they understand this, and I’m so grateful for it.” Another, a community organizer who spends most of her time working with immigrant and low-income communities who feel disenfranchised, called the voter guide, “the best thing that’s happened to democracy in a minute.” 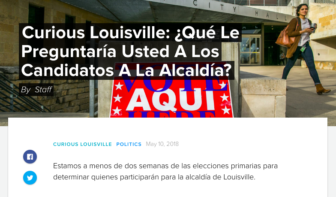 And back in May, Louisville Public Media partnered with Al Día en América to invite questions (in both English and Spanish) for the candidates for mayor. The station used those questions in their interviews with the candidates, which ultimately formed their voter guide. In the guide, the members of the public who asked questions received recognition for their participation. 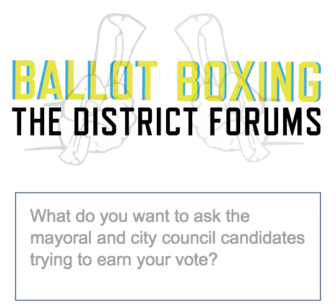 Voters in Austin, Texas have a packed ballot in November with midterm elections and the mayoral and city council races. Member station KUT regularly holds candidate forums for local races. For their “Ballot Boxing” events this election cycle, they invited questions from listeners to pose to candidates in each city council district.

For a gubernatorial debate back in January, Southern California Public Radio invited audience questions in the weeks leading up to the debate. The station partnered with others across the region to try to get the invitation in front of audiences that typically don’t engage with the station or politics coverage. The public sent in more than 1,000 questions, which gave the newsroom a clear sense of which topics were most important, not only for the debate, but for their ongoing coverage of the region and its politics. They used several of the most common questions during the debate.

Other newsrooms that public-powered their election events:

With a geographically dispersed readership, Mother Jones covers elections through a national lens. When looking to involve audience members in its coverage, the audience team looks for ways that help them personalize the news while advancing the discussion around important issues. They invite the audience to contribute stories and perspectives on topics like diversity, representation, and finances.

This fall, they are also searching out stories from people who are voting for the first time in the midterm elections. Giving people a chance to share their stories, in their own words, and then using those stories in their coverage expands the points of view the magazine is able to present.

This particular effort grew out of a 2017 audience project, where they learned that the outcome of the presidential election inspired many people to become more politically involved, including committing to voting in the midterms. So they’ve gone back to the audience, with this ask: “Will this be your first time voting in a midterm election? Tell us what’s bringing you to the polls, which issues are important to you, or if there’s a candidate you’re excited about. We’ll use some of your responses in a follow-up story.” 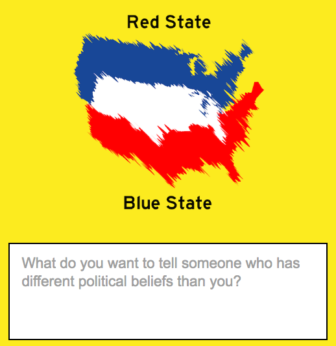 And in this extremely polarized political environment, few people are looking forward to those uncomfortable political conversations at the Thanksgiving dinner table this year. Yet, that’s exactly what KCRW and West Virginia Public Broadcasting are embracing in a series called Red State, Blue State. The two stations have teamed up to host weekly conversations between Californians and West Virginians “about the issues that divide us,” starting off by asking listeners to share what they would want to tell someone who has different political political beliefs.