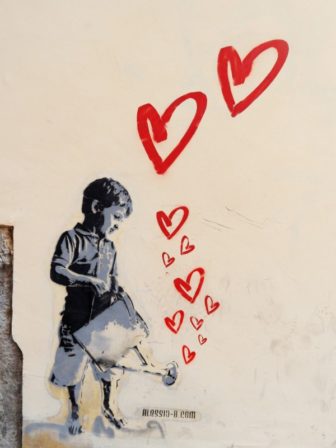 There are any number of ways to think about the time and energy journalists have to put into engagement work. (Simmering pots, rocks, pebbles, and sand, a bucket filled with love.) No matter the metaphor, one thing is clear: making passion projects happen requires dedication in the face of constant demands on your time.

At Hearken, we help newsrooms connect more deeply with their audiences. But once you’ve decided to pursue audience engagement, how do you go about actually making it happen? To find out, I interviewed six engagement practitioners serving newsrooms across the country.

When Bobby Blanchard first started as the social media editor at The Texas Tribune, his boss told him any engagement job would be like running on a hamster wheel.

“There’s never not something else you could be doing,” Blanchard said. “The question is, is it worth the time and will you get value or impact out of it?”

Here are three questions to ask when taking on an engagement project, big or small, to effectively prioritize your precious time.

1. What should we commit to working on?

Getting commitment in the newsroom requires both reporters and higher management to be on board, and to get on the same page in terms of what they hope to accomplish.

“Reporters are often initially excited about engagement because they think it’s going to help with their reporting,” said Olivia Henry, engagement editor for the USC Annenberg Center for Health Journalism, which has offered engagement grants to further impact since 2013.

While reporters may be bought in based on the benefits to their reporting, it’s also important to explain the value to higher management. For Shawn Allee, senior editor of editorial operations at WBEZ in Chicago, that means demonstrating that they are able to consistently deliver longer-form products that serve their organization’s mission.

Even if everyone is bought in and the project is on brand, it may not be the right fit unless it will last long enough to make an impact. Katz and Vox’s Senior Policy Correspondent Sarah Kliff thought about starting a Facebook group centered around chronic pain, but Kliff wasn’t covering that topic more than once. Instead, they switched to health care — specifically the Affordable Care Act — a coverage area that was going to be a long-term reporting focus.

OK! The reporters and editors are ready to go, the higher-ups understand the value, there’s a plan that is on brand and will last a decent amount of time: the stage is set for engagement greatness. Which leads us to…

2. How will I organize my time?

Behold: the power of the calendar, checklist and notification. 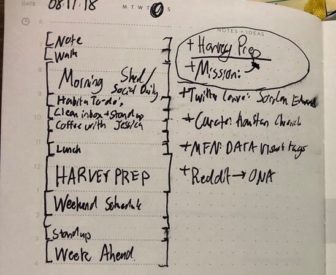 Blanchard blocks out every hour of his day in his calendar, being sure to set aside a few hours each week for engagement work outside the daily needs of the newsroom. He also uses the Habitica app to create a to-do list for his day.

At The San Diego Union-Tribune, Engagement Editor Luis Gomez relies on checklists to follow up on every meeting he has with the other two members of his team.

“We take small bites out of big projects,” he said. “Just very small, granular things that we can do on a daily basis and chip away at the bigger process.”

To avoid meeting creep, Rubina Madan Fillion, director of audience engagement for The Intercept, sets aside Wednesdays and Fridays as meeting-light days so she can focus on long-term planning. She also sets Slack notifications for tasks she needs to accomplish, or schedules time on her calendar  — “it’s very official, providing a forced sense of urgency.”

Katz, who uses a “Deep Work” Slack emoji when she has blocked off time to focus, said having a meeting-free day each week reduces her stress around longer-term needs.

Managers play a big role in helping their staffers prioritize engagement work. Allee of WBEZ tells editors to make the engagement aspect as explicit as possible in the finished story.

“If it comes out in the final product, then we’re likely building it into the production somehow,” Allee said.

Great! We’ve set aside time and everything is going swimmingly. We’re done, right? Not quite…

Even for those who have successfully made time to pursue mission-driven engagement work, it’s important to check in on the results of those efforts.

At The Intercept, Fillion works with the analytics team each month on a trend report that provides editors with actionable takeaways.

“It forces us to really think about more long-term goals rather than just being stuck in the real-time, day-to-day data,” she said.

Regular reviews also give everyone on the team ownership over the results of the effort, Allee said. Over time, team members internalize the expectations of their work and everyone understands that it is their responsibility to think things through.

An excellent clue that you’re putting your time toward the right projects is the community response, Henry said. She checks in every week or two with the reporters she works with at different organizations.

“I’m going to be the persistent voice of, ‘How is engagement offering a benefit or a value to the people that you’re asking to participate with you?’” she said.

For Blanchard, with his fully booked calendar, each day is a chance to advance his personal goals and his organization’s mission.

“There is a finite amount of creative juice that you have to give to a job or to give to anything, and if you spend it all you eventually won’t perform as well as you’d like,” he said.

Instead, he asks whether his work is moving the ball forward.

“I constantly have the opportunity to think, ‘Is this worth the squeeze?’”

Bridget Thoreson is an engagement consultant for Hearken.