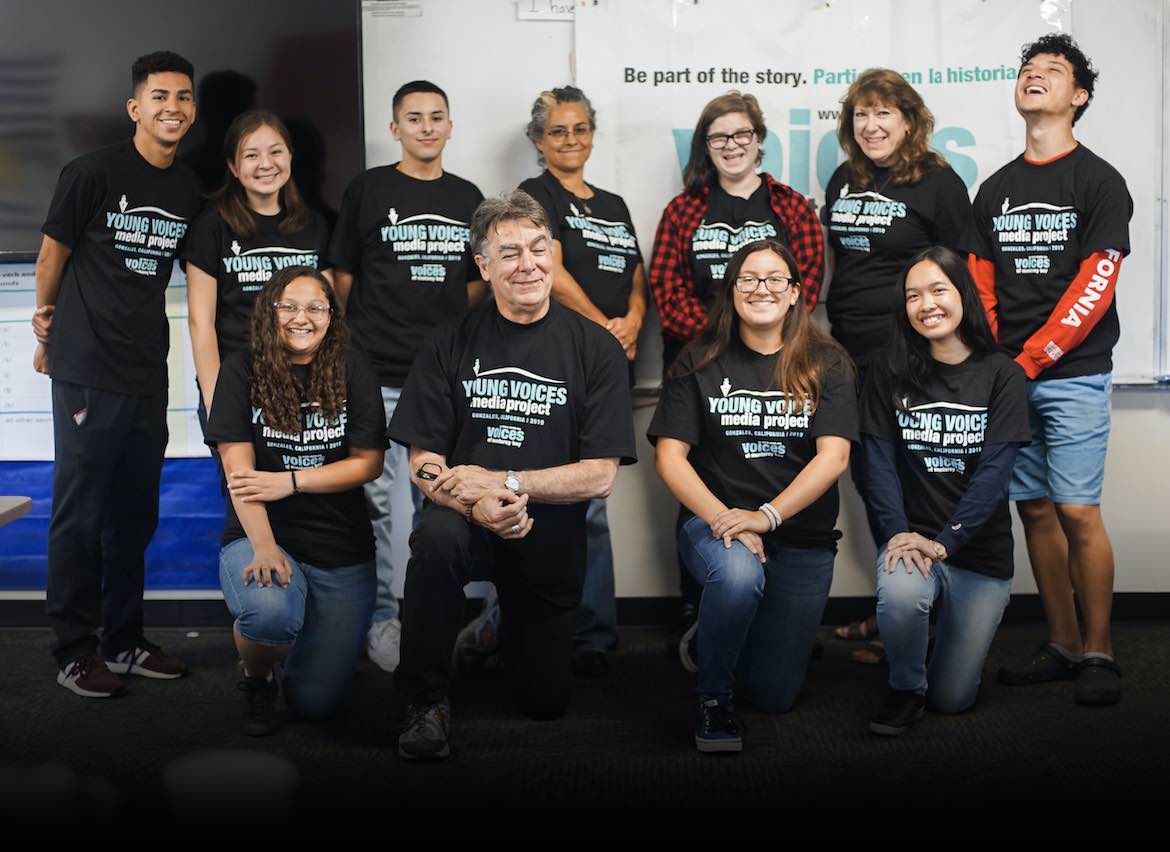 Voices of Monterey Bay is a non-profit news magazine that publishes local stories for Monterey and Santa Cruz counties in California’s Central Coast. For the last three years, we’ve organized the Young Voices Media Project, a two-week summer journalism bootcamp for high school students, many of them children of farm workers and immigrants. The goal is for teens to become more media savvy, learn how to produce high-quality stories and become more civically engaged.

With an underrepresentation of Latinos in the media nationwide, this work is particularly crucial in the Salinas Valley, a sprawling farm region that has extremely limited opportunities for its youth, who are mostly Latino.

Each summer, we enlist the help of community organizations, such as local schools and businesses, to create a space that functions as a newsroom for two intensive weeks. The staff of Voices of Monterey Bay teaches roughly a dozen teens the basics of journalism: the inverted pyramid; ethics; how to interview; how to take notes and make phone calls; and how to go into the world and get answers to pressing questions. Students come up with their own ideas for topics and working closely with editors, producing one or more stories during the bootcamp.

In addition to training provided by Voices’ journalists, we bring in guest speakers who include successful journalists and officials such as city managers, mayors, police chiefs, NGO leaders and others. These officials often serve as sources for the students as they report their stories.

At the end of the workshop, all student stories are published on our website, and several graduates of the bootcamp have continued to write or photograph for Voices of Monterey Bay, while others have come back a second years to teach others. We pay program graduates competitive freelance rates, which helps them take themselves and their work seriously. This year we’re also producing a beautiful limited-edition hardbound anthology of the students’ work, giving them a tangible product they can be proud of for years.

We’re passionate about instilling young people with a love for journalism. With so many recent attacks on reporters, it’s easy for youth to believe the media is the enemy. We want them to see that journalism is an important and fulfilling profession. We also want to train young people to be more savvy media consumers. Even if they never pursue a career in journalism, our students have acquired the confidence to become truly civically engaged. They leave bootcamp knowing how to get answers from City Hall and how to tell their own stories, which matter.

We named our publication “Voices of Monterey Bay” because we aim to be an outlet for many different points of view,. Young people’s voices are often missing from the media and this is our effort to address that problem.