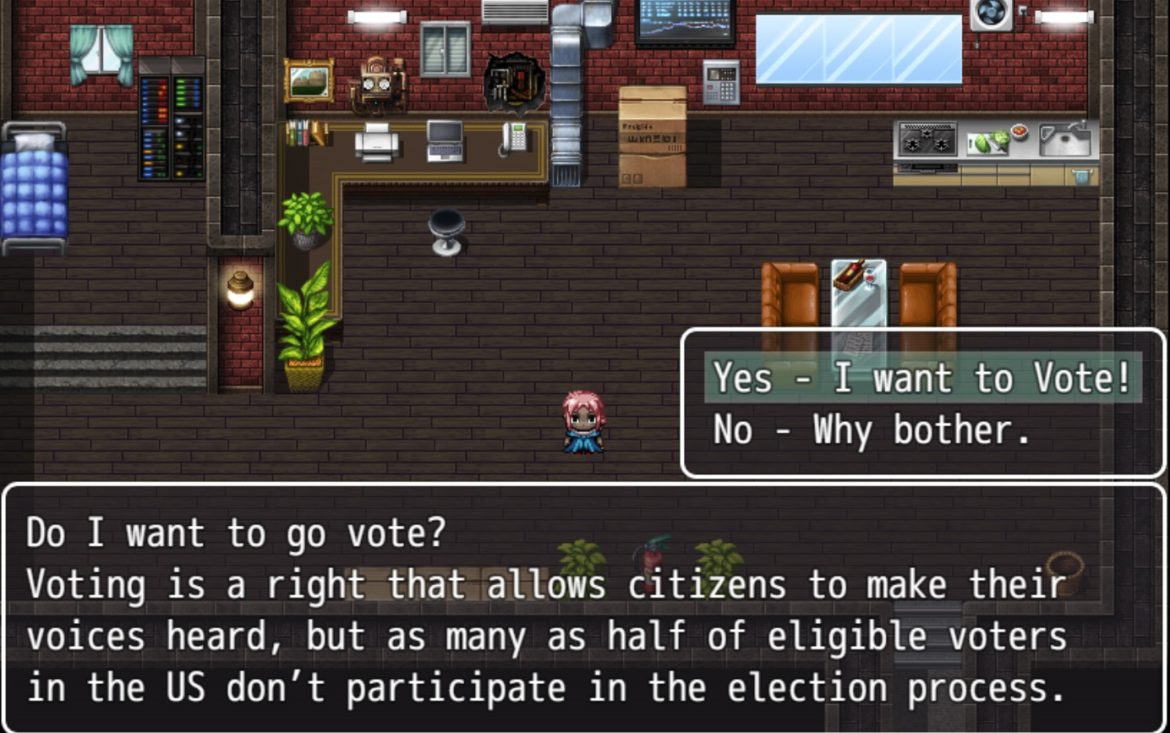 One of the biggest stories of the year in Texas was the battle over voting rights. Texas had been singled out at the most difficult state to vote in and the state legislature was moving legislation forward that would make it even more difficult to vote.

Texas Public Radio was actively reporting on this issue but the in-depth reporting that explains the Texas election code and how it impact communities of color ran into a problem. It was difficult to keep many in the audience engaged in the nuances of voting law.

Another problem is that public radio broadcasters are in a bubble. We are talking to the same audience everyday and in America’s stratified media landscape that’s not good enough. We have got to figure out ways to engage people who do not listen to public radio

We decided to try producing an interactive role playing game called “Voting In Texas: The Game.” The game is a playable in a web browser and is even playable on an internet connected smart phone. The game uses a top down view and will appear very familiar to anyone who has played the Pokemon games on handheld devices like GameBoy.

The player steps into the shoes of a gender neutral character that goes on the odyssey to vote. The player’s character will interact with in game characters that will inform the player about Texas election law including who is eligible to vote, the difficulties of voter registration in Texas, the problem of closing polling stations, voter roll purges and the impact of long lines on voters. The game also answers the question “is it easier to buy a gun than to vote in Texas?” Spoiler alert: yes, it is.

The game uses the voting laws that were in place during the November 2020 general election, which in Texas meant possible exposure to COVID-19 at the polling station.
The game dialog is edited, fact-checked and sourced with the same level of rigger that a traditional news story undergoes.

To develop the game Texas Public Radio used a product called RPG Maker which provides basic templates, in-game assets, sound effects and music that can be used to produce a video game with full distribution rights. The RPG Maker user interface allows for creating custom dialog, building game flow switches and decision trees which allows the game designer to generate a world map that can tell a story.
Reporters are essentially story tellers and a video game is just one more way to do that.