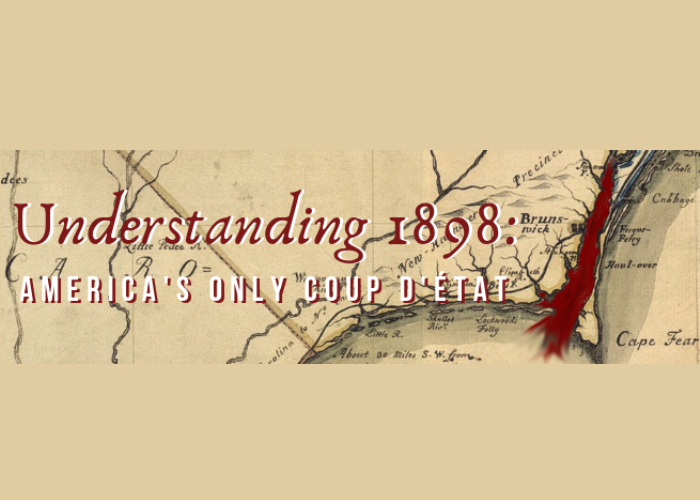 On November 10, 1898, white supremacists forcefully removed black politicians from the Wilmington, DE city government, killing as many as 300 people in the nation’s only coup d’etat. WQHR’s project documents that event, creating an educational resource for the community to explore an under-documented aspect of the city’s and nation’s history. An interactive map follows the arc of the coup with historical photos, documents, and video interviews embedded at key points.

More recently, the video interviews with Wilmingtonians and the new interactive map serve to spatially orient these historical events, underscoring their connection to recognizable businesses and landmarks. Every point on the map includes a written narrative about the events which occurred there (narrative created with the help of cited research such as LeRae Umfleet’s A Day of Blood), and moving through the map chronologically gives a sense of the entire arc of the coup. In addition, historical photos, documents, and video interviews are embedded at points on the map.