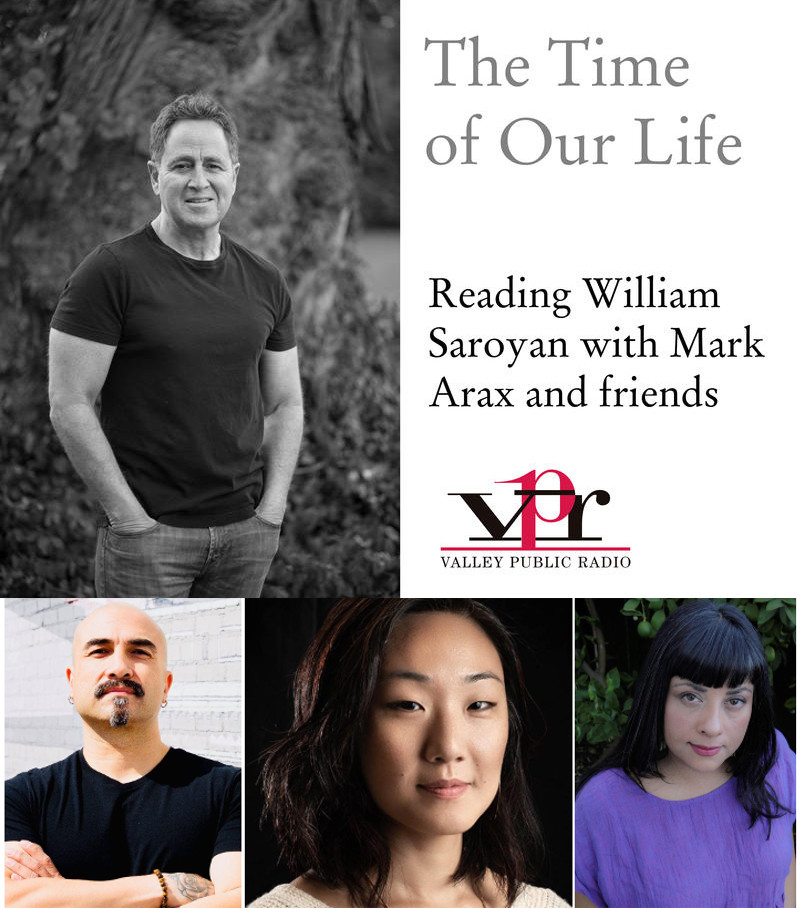 William Saroyan (1908-1981) was a winner of both the Pulitzer Prize and an Academy Award, yet today his works are largely forgotten, even in his hometown of Fresno. Our project aims to change that. An Armenian-American child of immigrants, Saroyan’s works offer deep insights into the human condition and the lives of immigrants in early 20th century California. He was a novelist, a playwright, an essayist and screenwriter. Author Stephen Fry wrote of Saroyan, “he is one of the most underrated writers of the [20th] century. He takes his place naturally alongside Hemingway, Steinbeck and Faulkner.”

The Time of Our Life takes its name from one of his short stories. The program/podcast is hosted by James Beard award winning author and journalist Mark Arax and Valley Public Radio’s host and producer David Aus.

Our team produced seven episodes, featuring readings of many of his short stories and discussion about Saroyan, his writings and our present era. The entire project was put together in the span of two months, and due to COVID-19, it was produced remotely, with Arax, Aus and their guests never once meeting face to face or being in the same studio. Arax and Aus selected a handful of diverse voices to be guest readeron the programs from Fresno’s rich literary community (the city has been home to two of the last six US Poets Laureate). The group reflects the diversity of our community in Central California and helps to bring Saroyan’s work to new audiences and communities. Our discussion segments in each program help make the connection between Saroyan’s time and the present day.