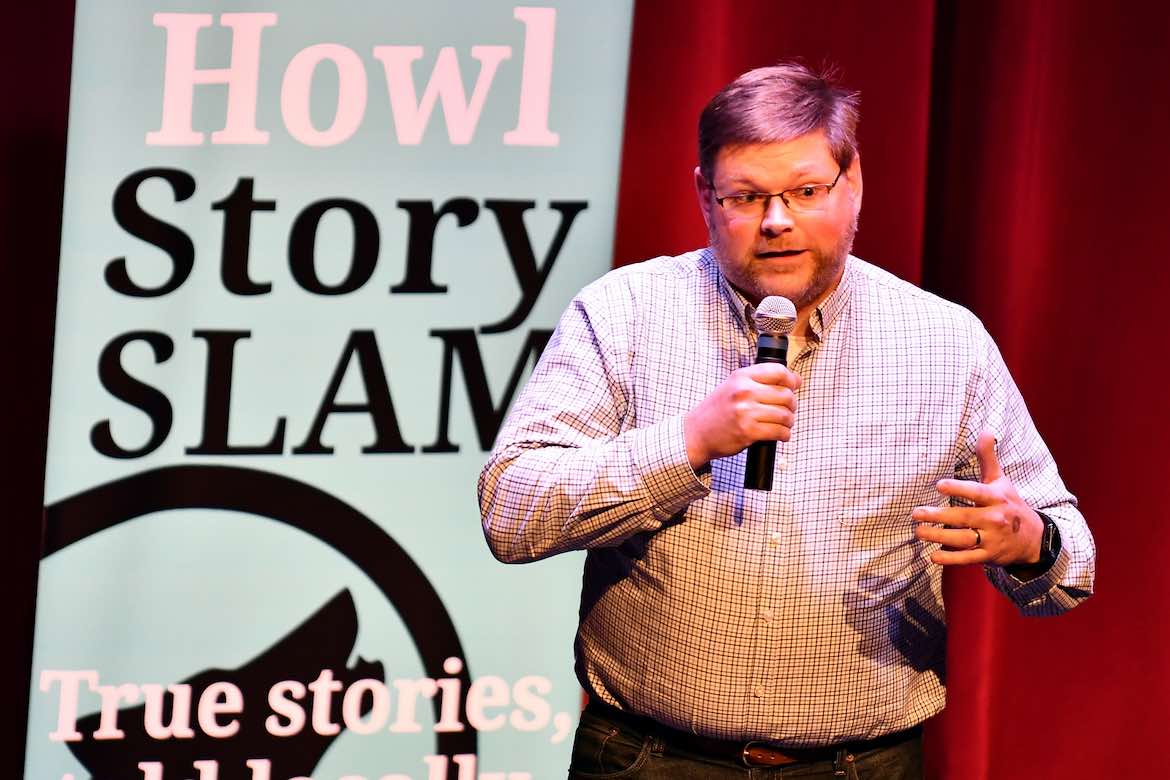 Howl Story Slam events are set up several months ahead of time. This involves contacting businesses who have expressed interest in hosting or identifying potential new venues in communities that may have been overlooked. Some of these villages, in places such as the Adirondacks and the Thousand Islands region, have populations of under a thousand people. Much of our listening area experiences an increase in population during the summer vacation months. Our goal is to reach both this seasonal population and the year-round residents.

The yearly Howl schedule, once confirmed by the venues, is published on Facebook. But most storytellers find out about the events from on-air promotion, beginning a week before each event. Judges are selected randomly from the non-storytelling members of the audience who remain anonymous through the competition. They score each story for its relevance to the theme, narrative arc, and delivery.

One of the ways we’ve ensured a sizable audience and fair access to the limited storytelling slots at each local event is by requiring contestants to sign up at the events themselves. Winners don’t compete for tangible prizes; they are simply attempting to polish their storytelling skills, entertain an audience, advance to the Grand Slam, and have their stories featured on our website and social media channels.

At the end of each year, what’s really been gained is a stronger connection with our current audience, and new connections with people who haven’t had a relationship with the station in the past. They might not all be listeners, but they now have a memorable, positive tie to North Country Public Radio. We’ve learned people, especially younger audience members, crave a physical connection to what we do. Howl events are hosted by members of the NCPR staff, which gives attendees a physical connection with the station.

Other stations would be well-advised to look at the scalable nature of this project. But the secret sauce for us has been to design the events in such a way that they have the unique feel of our unique part of the world. The North Country is a largely rural, funky, casual place, and Howl events reflect that reality.

If given the opportunity, we would like to expand The Howl to new audiences, creating a series of events in college or high school settings at one end of the spectrum, and potentially partnering with senior centers at the other end.