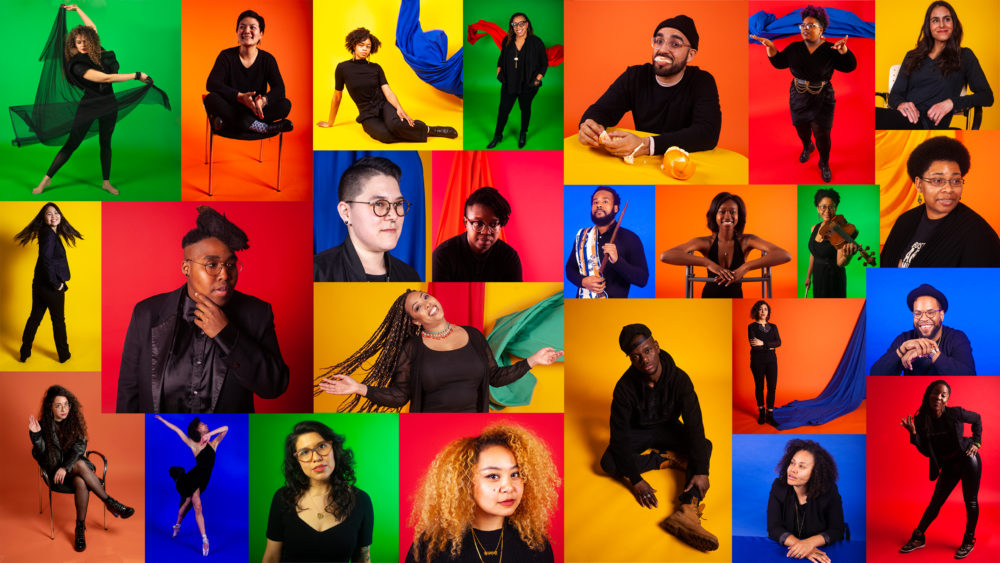 During the week of March 25, 2019, WBUR, Boston’s NPR News Station, debuted “The ARTery 25: Millennials of Color Impacting Boston Arts and Culture.” The week-long multiplatform series was an editorial initiative of The ARTery, the station’s diverse six-member arts and culture team led by Senior Editor Maria Garcia.

The ARTery team collaborated on an original digital series introduction, which included the stories and images of the 25 young artists, programmers, curators and arts administrators shaping Boston’s creative and cultural landscape.

A new generation of creative professionals is growing into its power. These artists are rigorous but not tradition-bound, informed by the canon but not tethered to it. And they operate in both grassroots scenes and in storied institutions.

With The ARTery 25, we sought to capture the spirit of this new Boston. We focused on young people of color, recognizing that diverse creatives have historically been under-credited, underfunded or unnoticed. Cultural equity requires intentionality.

We asked cultural institutions to nominate individuals in their orbit. We also searched in overlooked corners of the city. And we deliberated as a staff for weeks, narrowing down based on an individual’s impact, innovation and rigor.

Over the course of the week, WBUR aired features on five creatives, representing different disciplines and aspects of the city’s arts scene. Each had a corresponding digital buildout on wbur.org with supporting images that captured the essence of the creative and their work. An additional digital piece featured five simple, highly produced short videos depicting artists reciting reflections on the qualities that create memorable artistic expression.

The project culminated in a free event at CitySpace, WBUR’s home for community engagement, where The ARTery team brought their journalism to the stage to celebrate the 25 Millennials of color impacting Boston’s creative landscape. The evening featured live musical performances by two honorees.

WBUR had planned to make The ARTery 25 a signature annual series; however, plans for 2020 were postponed with the closure of WBUR’s CitySpace. WBUR has convened a panel of artistic leaders to consult in the selection of The ARTery 25 when it returns in 2021.