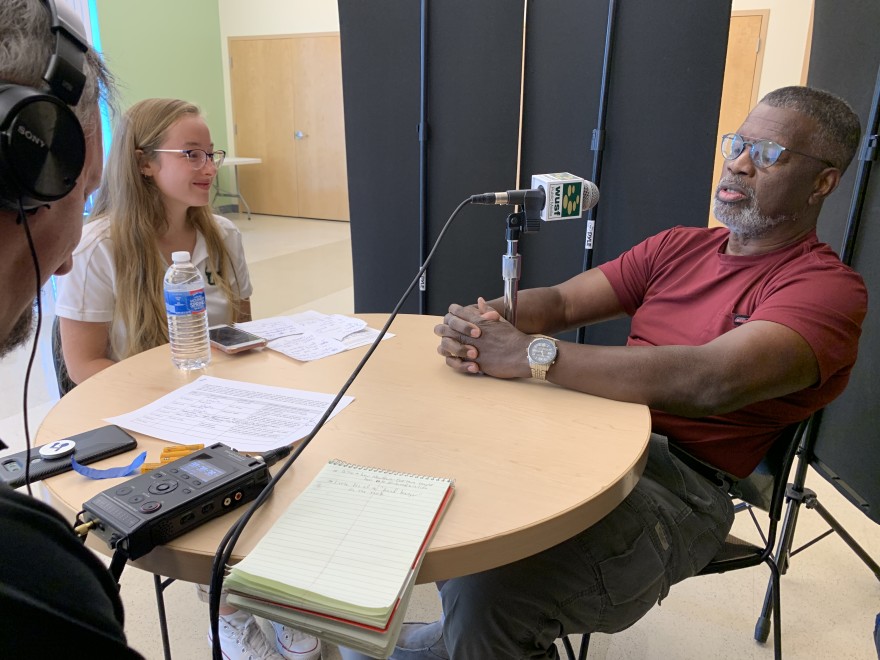 Telling Tampa Bay Stories was born in 2016 because WUSF journalists wanted to engage more with students at the University of South Florida and teach them how public media journalism can impact a community. We were acknowledging we cannot ignore exceptional people and places within our communities. These issues are worthy of our time and our talents, and this once-a-year project achieves both.

The model is simple: identify a community with rich stories to tell, have students identify sources and set up a recording day where news staff and students together interview people via our ‘Story Corps’ format. This fall, WUSF will launch its fifth iteration, mostly done with an undergraduate advanced reporting class at USF Tampa. We’ve so far highlighted historic African American communities in St. Petersburg and Sarasota FL, residents of a once-Black-only subdivision built in Tampa built after World War II, and a rural citrus and railroad community.

Two WUSF staffers and a professor identify a community where stories can be discovered and scout a place where recordings could take place. The journalists also lead a class lecture, focusing on how to conduct an interview and record audio.

Each year, the program evolves. Early efforts were acoustically challenging, and we realized attempts to bundle stories in our public affairs show we were only lifting these voices one time. The 2019 stories were a variety of short and long-non-narrated features, broadcast over two weeks. The individual digital stories were among our most-visited stories that month. Note: Students who conduct interviews or shoot visuals are given credit on air and online.

Telling Tampa Bay Stories gets better every year, and we grow more certain that our investment pays dividends for our team, student journalists who better understand public media journalism and the audience that’s discovering something new about the place they call home.