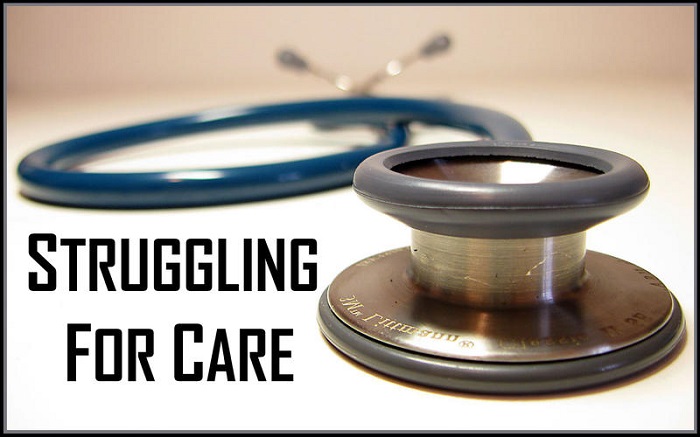 We launched this project with the idea of taking a fresh look at what has already been a well reported topic: the shortage of doctors in one of California’s poorest regions. Most coverage on this issue has typically been focused on things like the region’s poverty or the idea that it isn’t as appealing of a place to live for doctors. We used a multi-part community engagement strategy to find new angles to report and to include fresh sources in our content.

First we set up a listener voicemail line asking people for their stories about how the doctor shortage has affected their lives. We got 34 responses before any reporting on the project aired. We heard from health care professionals and patients from all backgrounds. We used our pre-reporting on the topic and what we learned from listeners to assemble a community forum on the issue, held at our radio station’s performance studio. We had around 50 people attended and shared more feedback on the way the shortage has changed their lives.

We used what we learned in the event and the voicemails to help direct our reporting over a series of four in-depth radio features:

The first report outlined the scope of the problem, through the eyes of one of our listeners, who has struggled to get treatment for her bipolar disorder due to the shortage of psychiatric care in the region.

The second story focused on how an obscure federal law enacted during the Clinton administration has made it difficult for medical residency and fellowship programs to expand, especially in Fresno.

The third story examined a new state law that has allowed pharmacists to offer more services that traditionally only doctors could provide.

The final story in the series examined how international doctors are key to filling the physician pipeline in this region, and how recent tensions over federal visa and immigration policies may be disrupting that flow.

We aired a special segment of our program Valley Edition, in which our reporter Kerry Klein and host Joe Moore talked more about the issues and the reporting process. We also used this opportunity to air more of the listener testimonials which we received via our voicemail line. We developed an interactive map for our website where people could click on individual stories to hear how the doctor shortage has affected people all over our seven-county broadcast region.